Mapping street age can display interesting characteristics about a how a city has developed and grown over time.

The City of Fredericon Open Data 2016 Street Centreline contains a "Year" attribute. While there is no metadata to explain exactly what the value in this column represents, it contains values from 1918-2015. 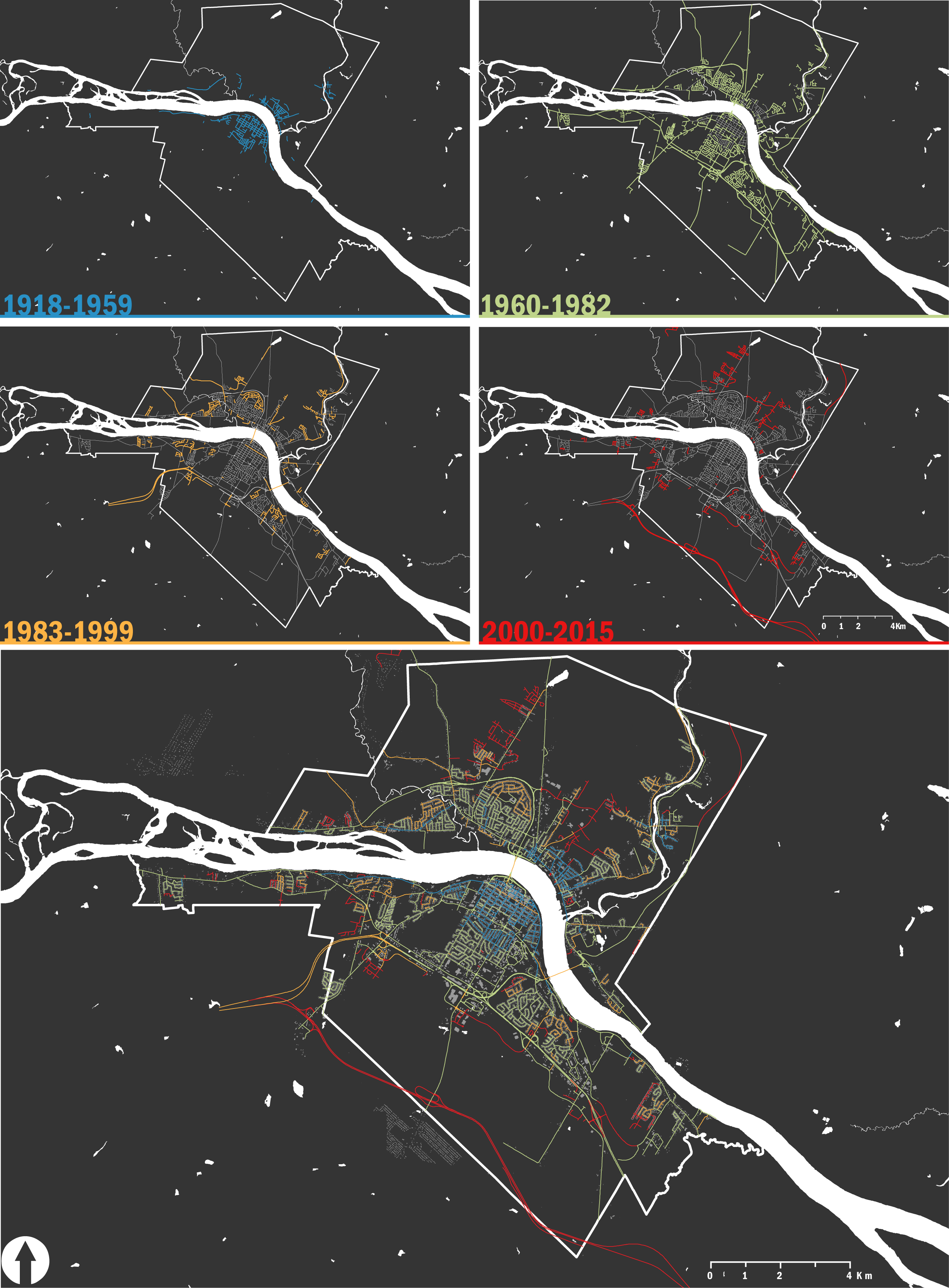 It is interesting to consider why certain road was developed at different times in the City of Fredericton’s history. In order to assess when the most road was constructed, the total road length was summed by year and graphed.

From this graph, it is clear that a very large amount of road in this dataset was recorded to 1973.

While this drastic increase could be explained by the 1973 Saint John River Flood and potential destruction and necessary rebuilding of road, it is more likely explained by the 1973 annexation of the boroughs of Silverwood, Nashwaaksis, Barker's Point and Marysville where existing roads year was assigned when the City of Fredericton took ownership.