The following interactive web maps were created as part of my work with Canadian Historical Geographic Information Systems Partnership as part of a pilot project to update Historical Atlas of Canada Population by Census Divisions 1851-1961 web maps using open source tools and services. The three maps were created using the Mapbox GL API, data driven styling and legends and jQuery to filter layers based on year. 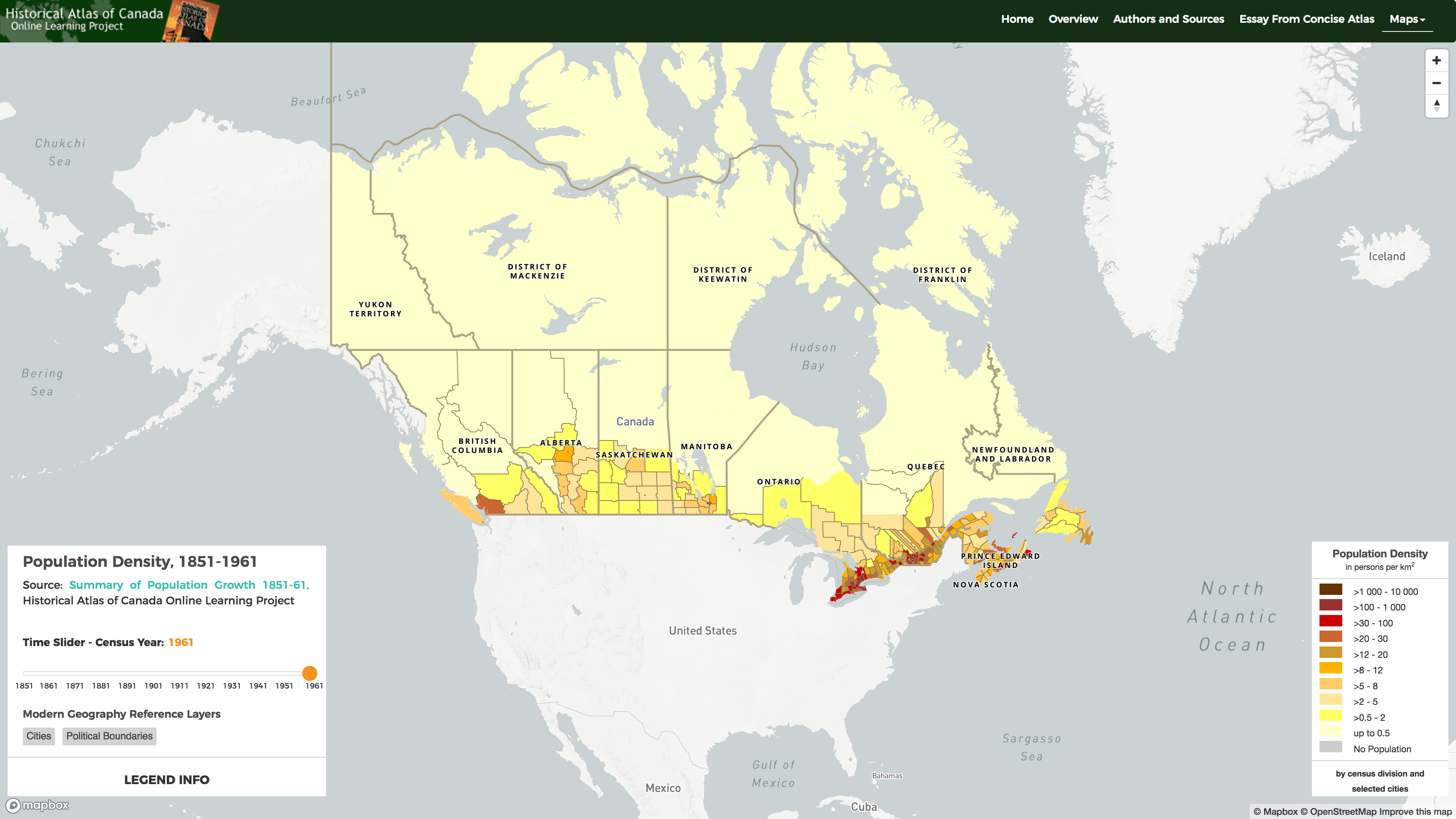 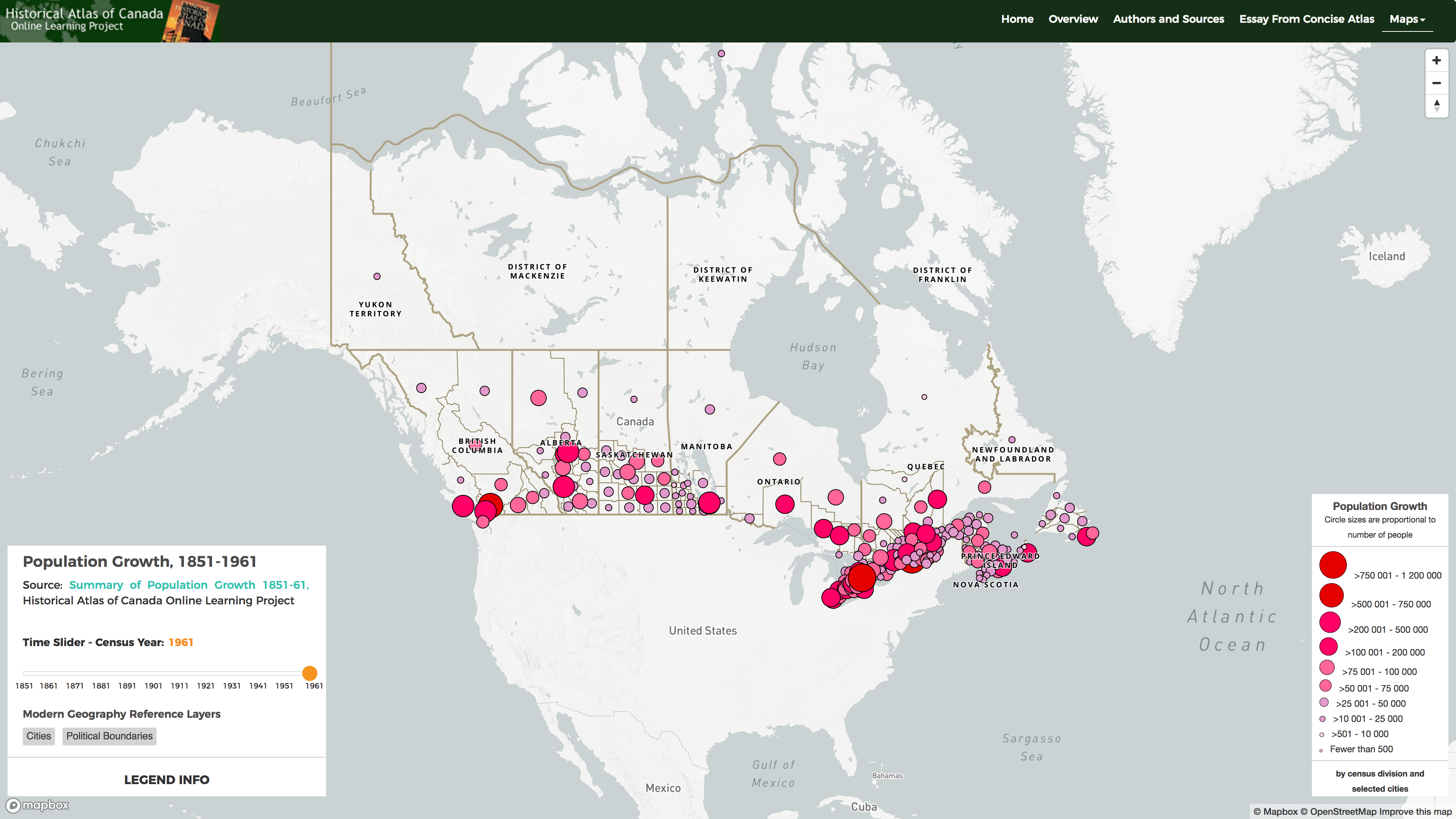 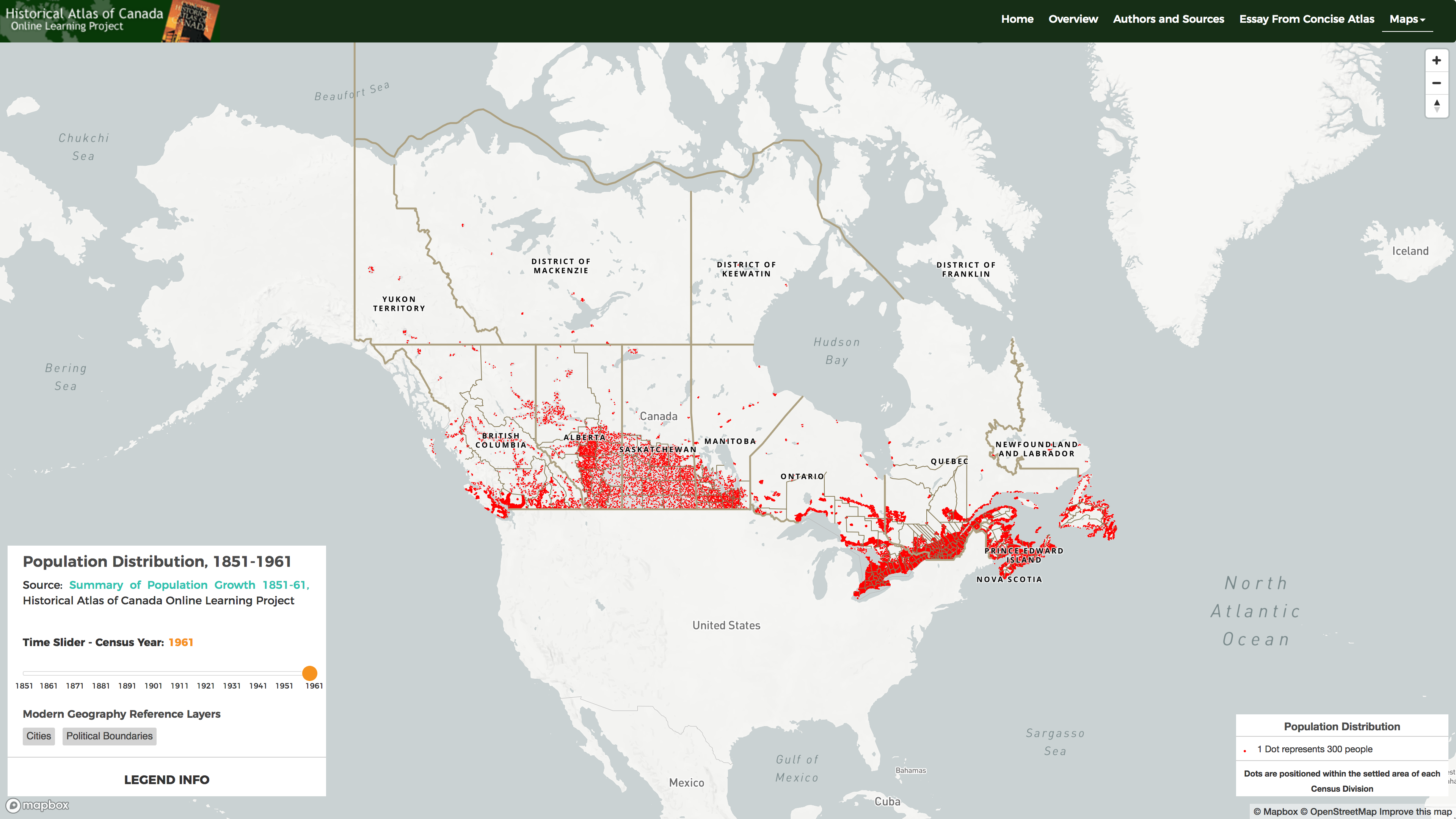