The following interactive web maps were created as part of my work with Canadian Historical Geographic Information Systems Partnership as part of a pilot project to create guided walking tours around the city of Toronto for the Lost Rivers Walks project using open source tools and services.


The main Dissapearing Rivers of Toronto map shows the original stream network of the city, and how those streams disappeared over time as they were buried for purposes of development. The map uses two jQuery sliders to adjust a historical map raster image overlay transparency and filter the GeoJSON Dissapearing River layer. 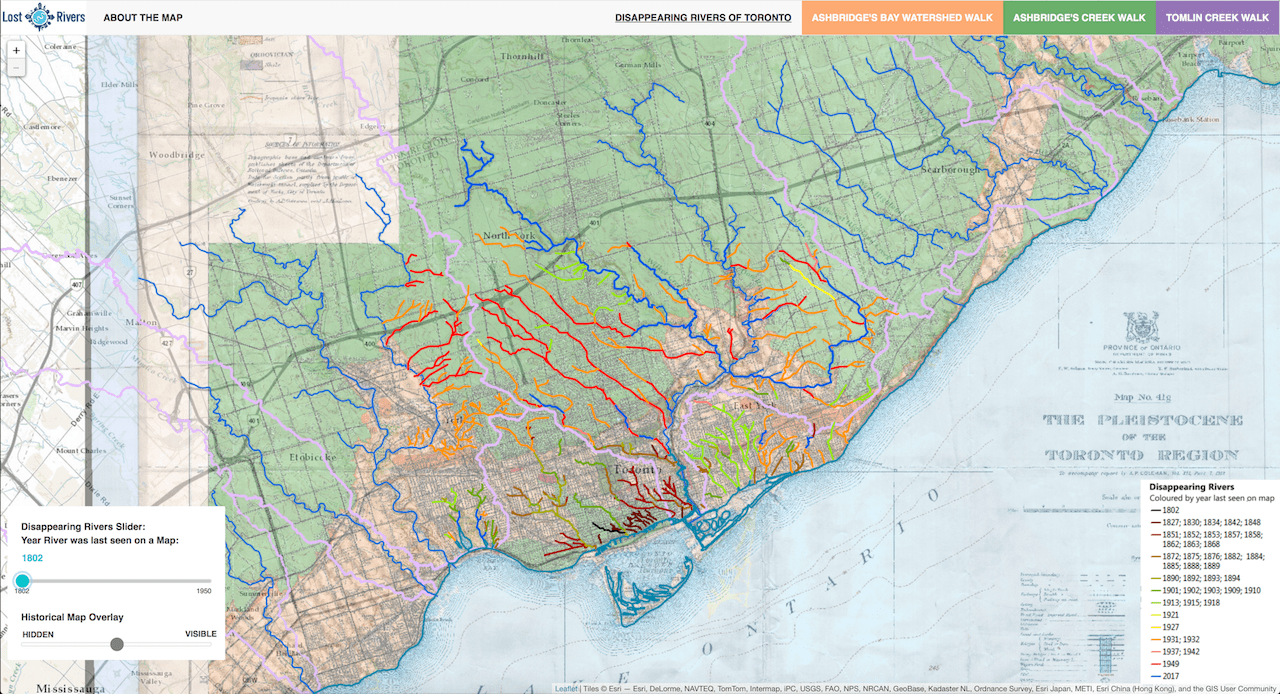 The walk maps interactivly display stops along the way for three of the walks offered by Lost Rivers in the area of Toronto’s eastern waterfront. A scrolling side pannel is used to drive the navigation of the maps, linking the locations of the stops on the map with and pictures and text related to eachother, in a “map tour” format. 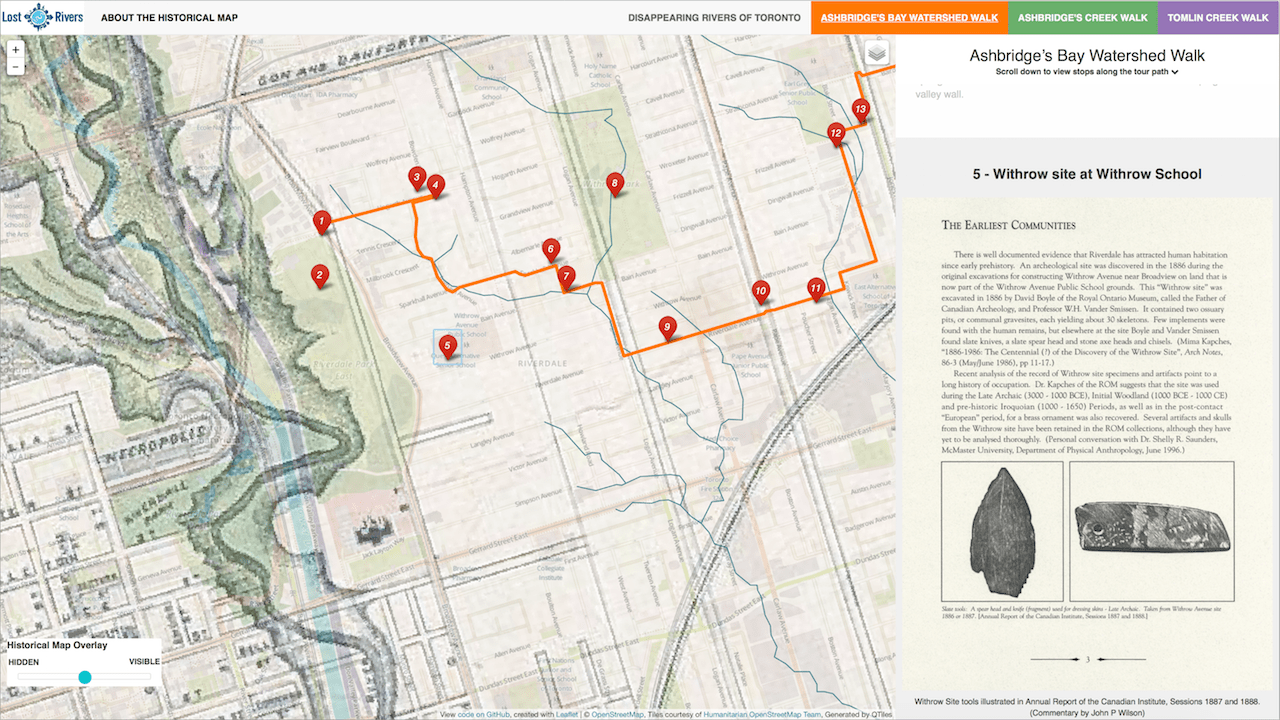 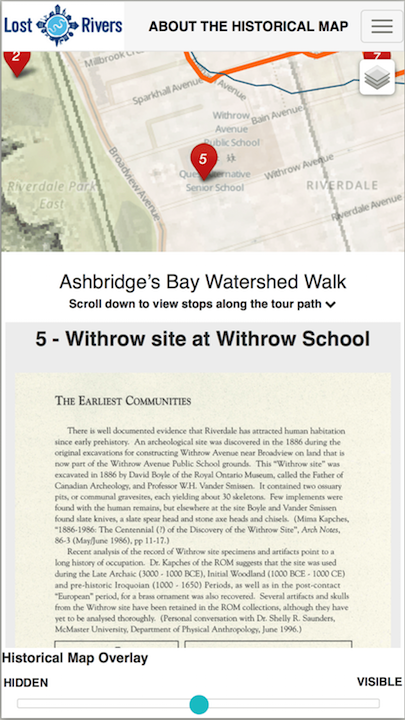