This post summarizes work I was involved in planning, designing and developing as employee number one during my first 8 months at Ratio.City. We were in the middle of collecting and cleaning new data layers, and experimenting with concepts and user interface for the massing and analysis tools, defining core features, experience and value.

We set out to create a smart cities platform consisting of mapping and analysis tools for developers, architects and planners to easier identify and explore real estate development opportunities, with an intial focus in the City of Toronto.

The general early objective we were working toward was to create tools to help users explore and understande intersecting policy areas, with data explorable in an interactive 3D map, and summary information by property parcel, and explore development potential of parcels with massing tools.


How it started - Early concepts and drafts: 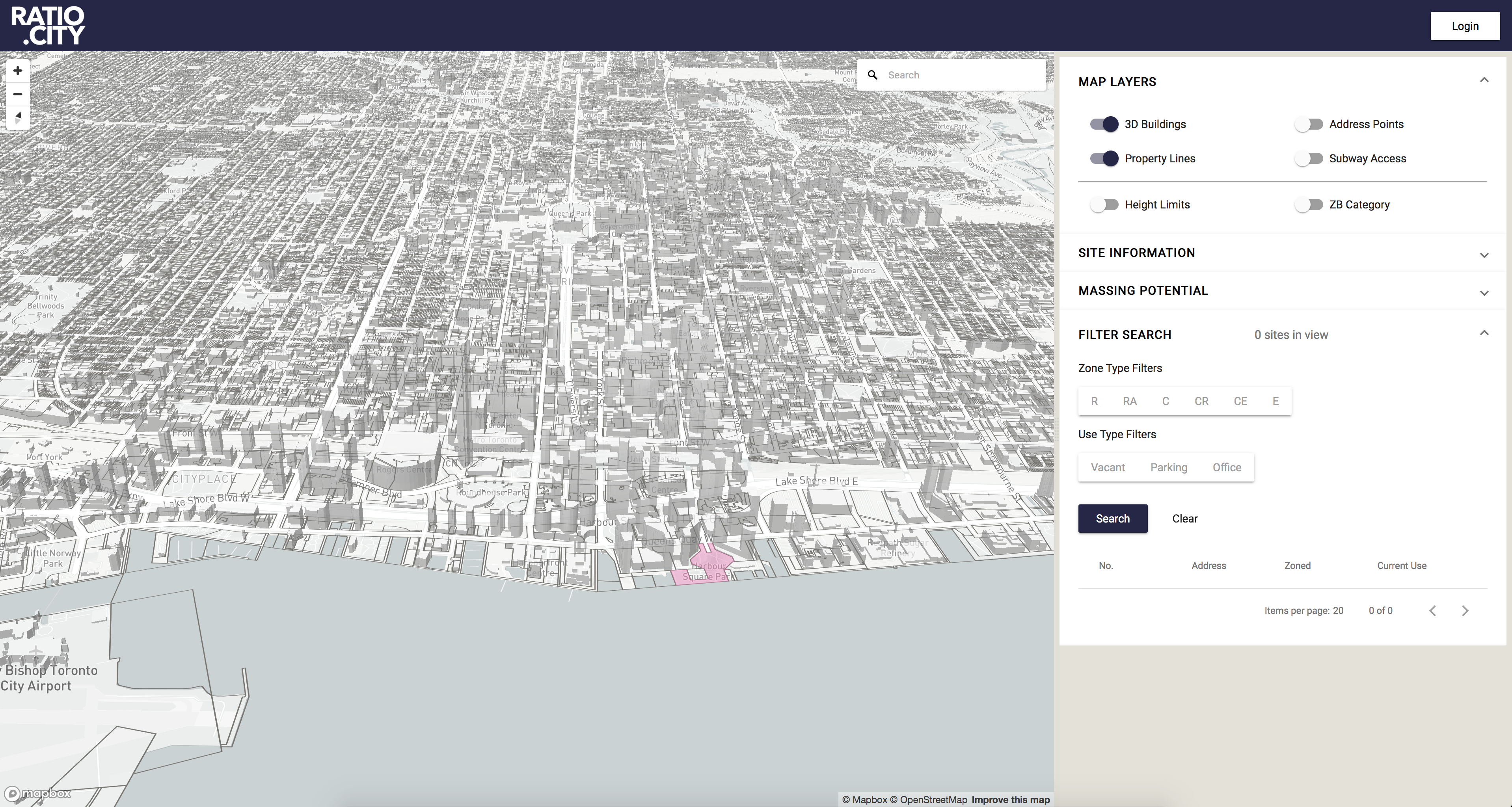 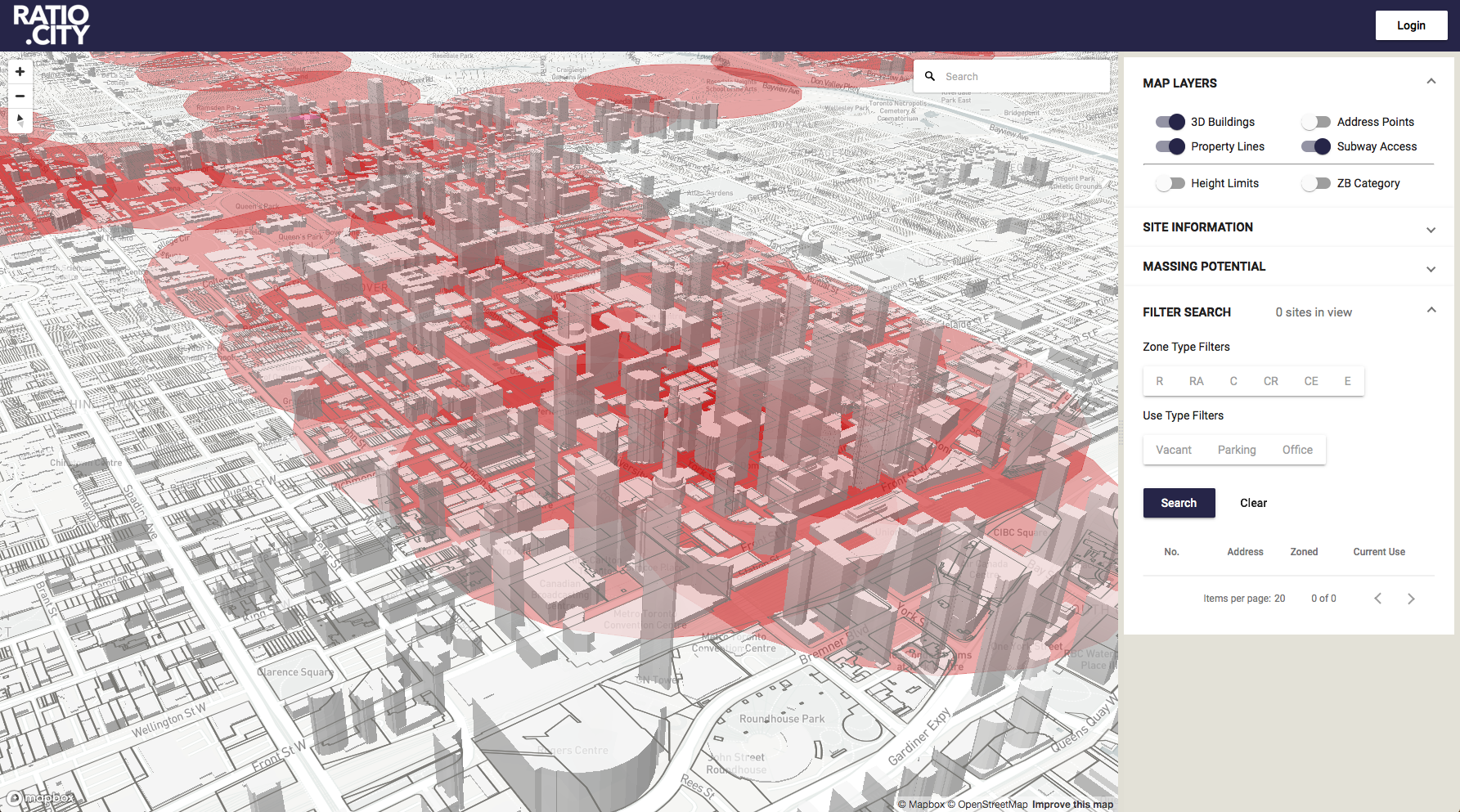 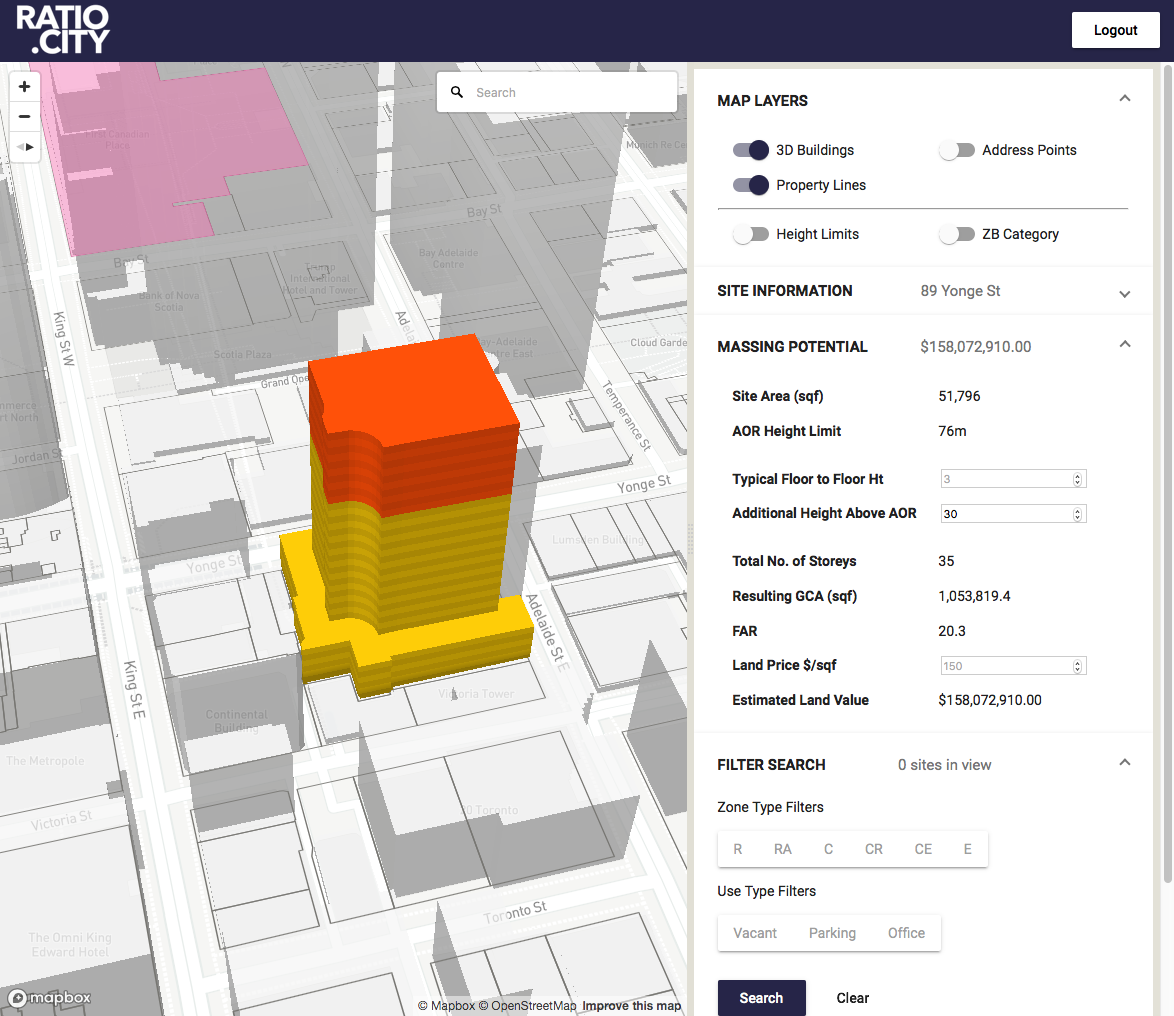 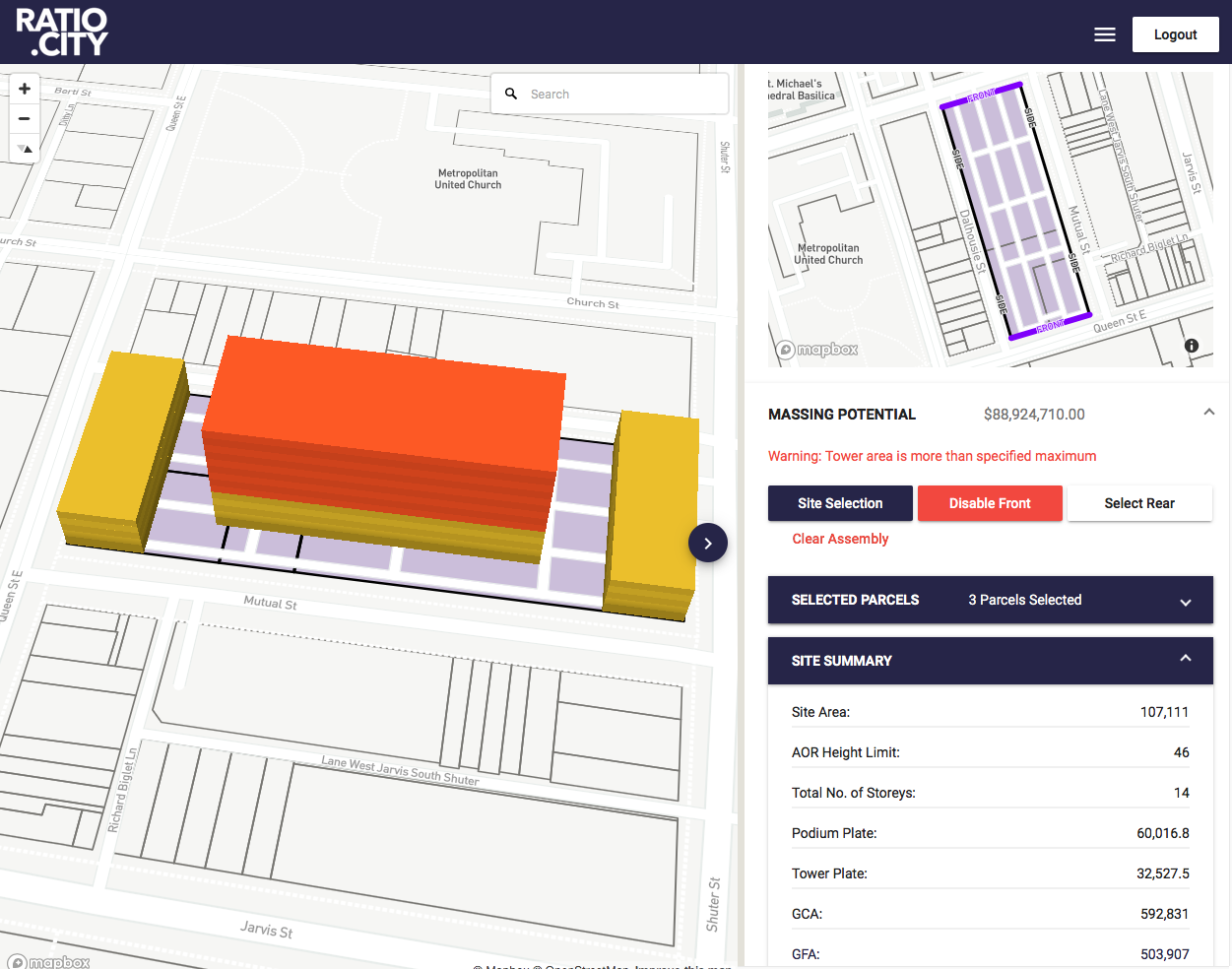 (with direct links to Chapters, Sections and Site Specific Exceptions, and previous zoning by-laws where applicable) 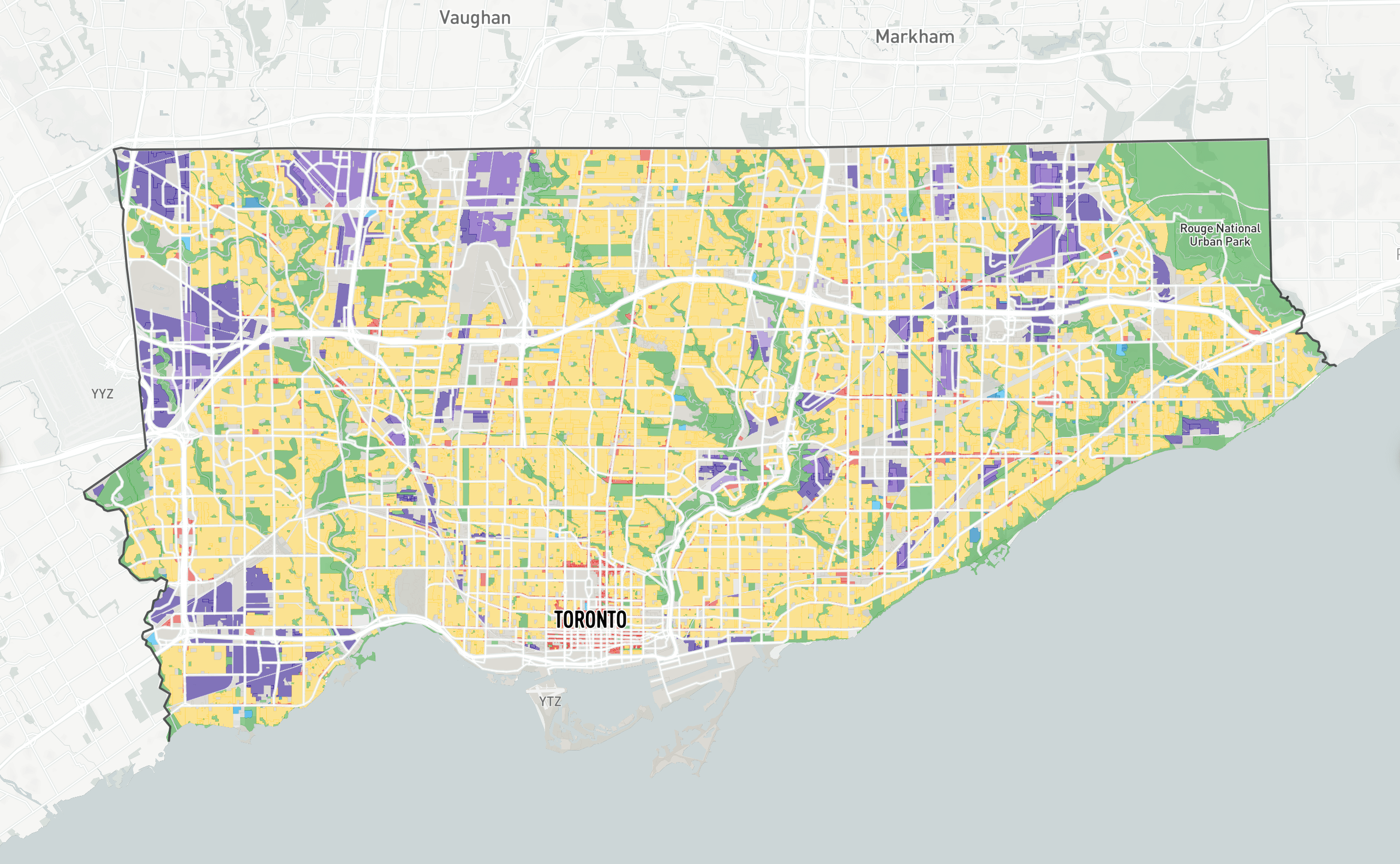 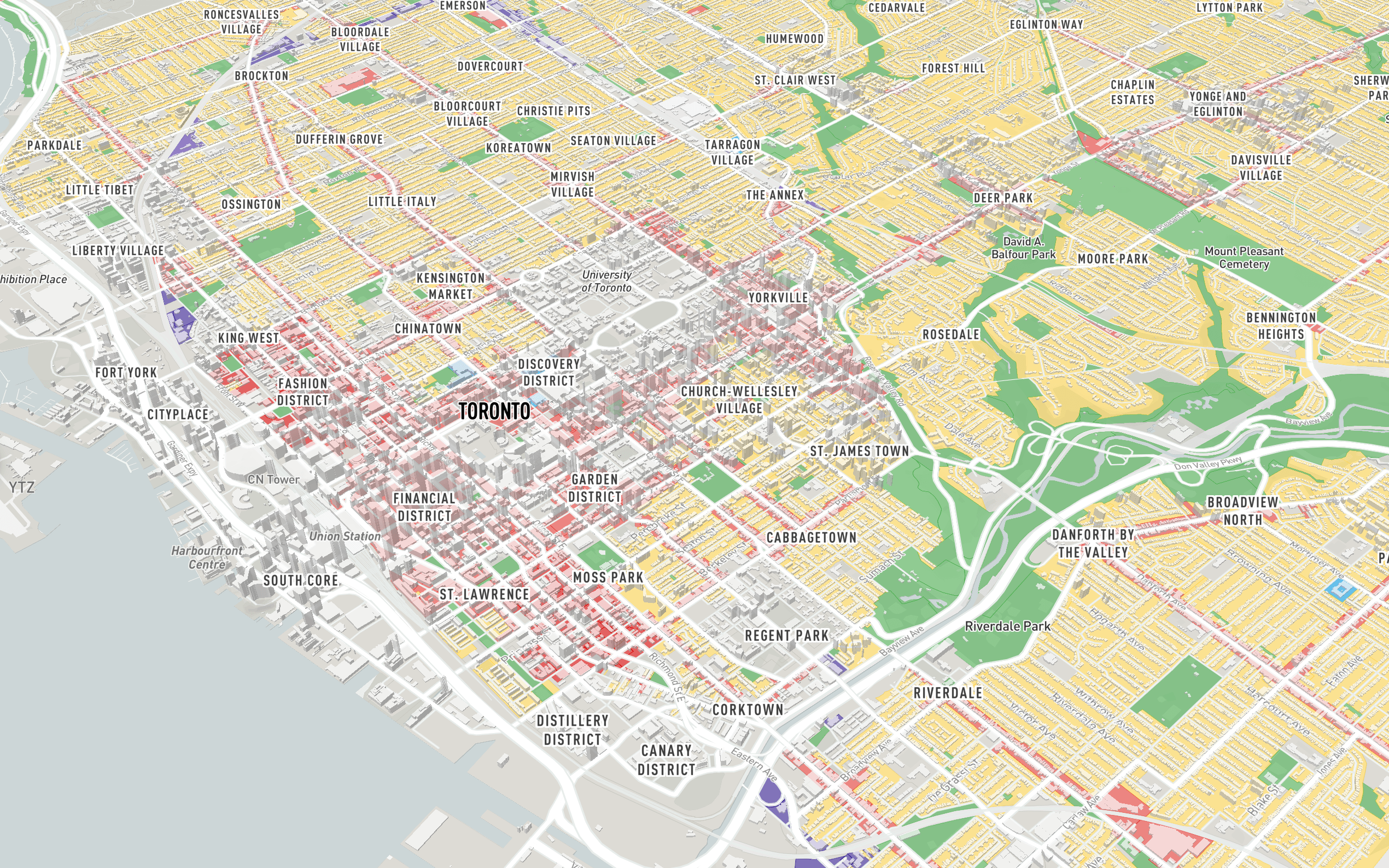 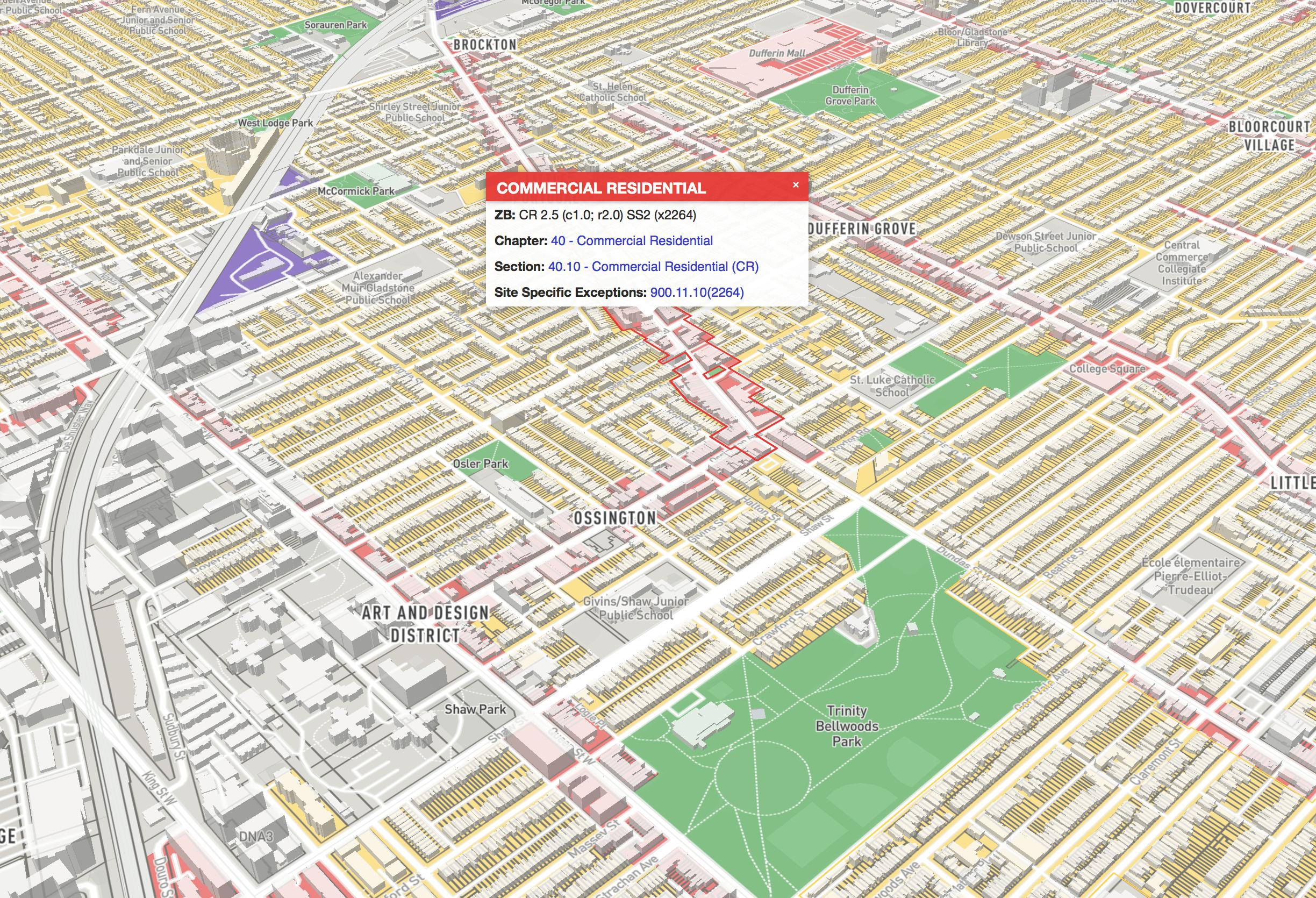 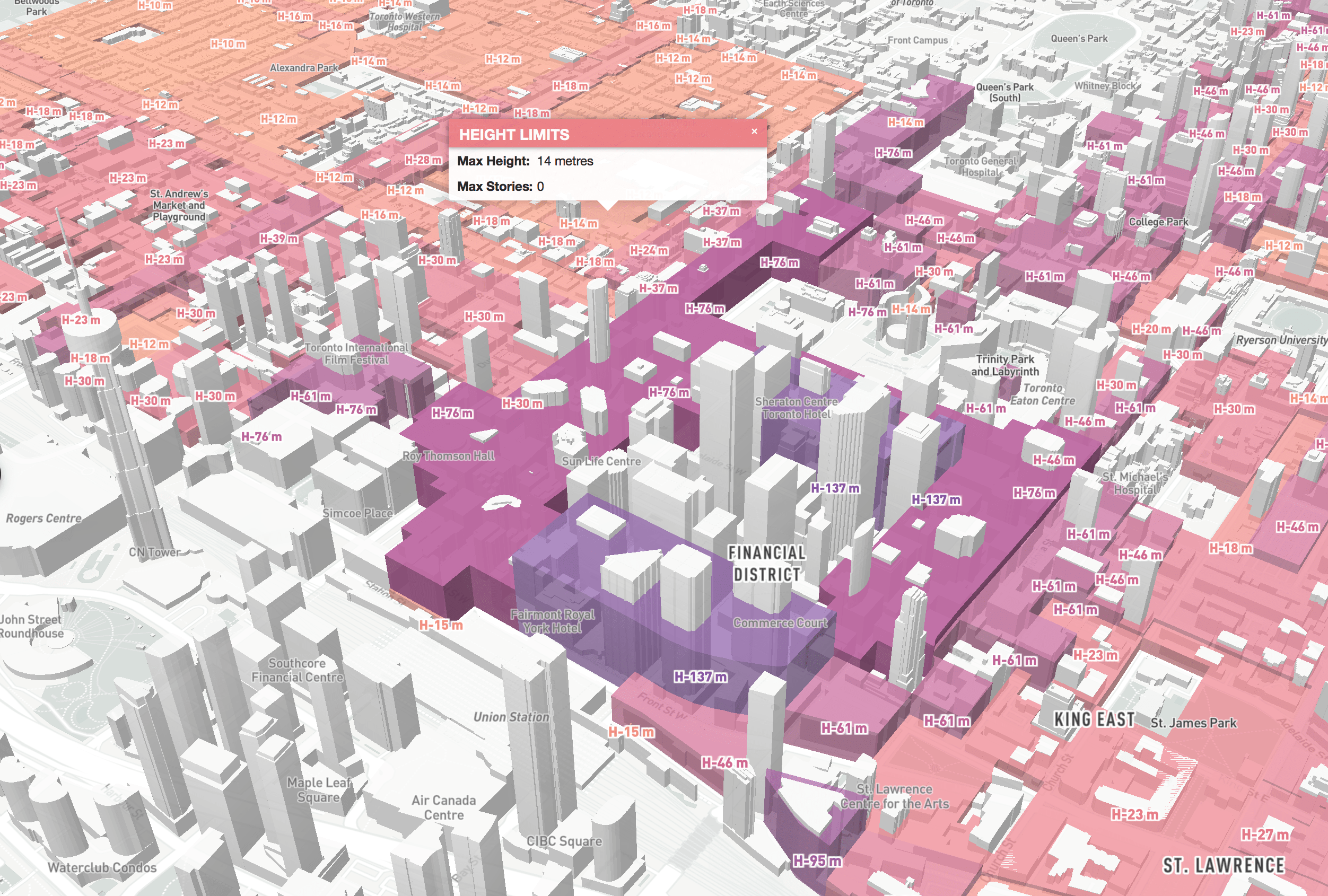 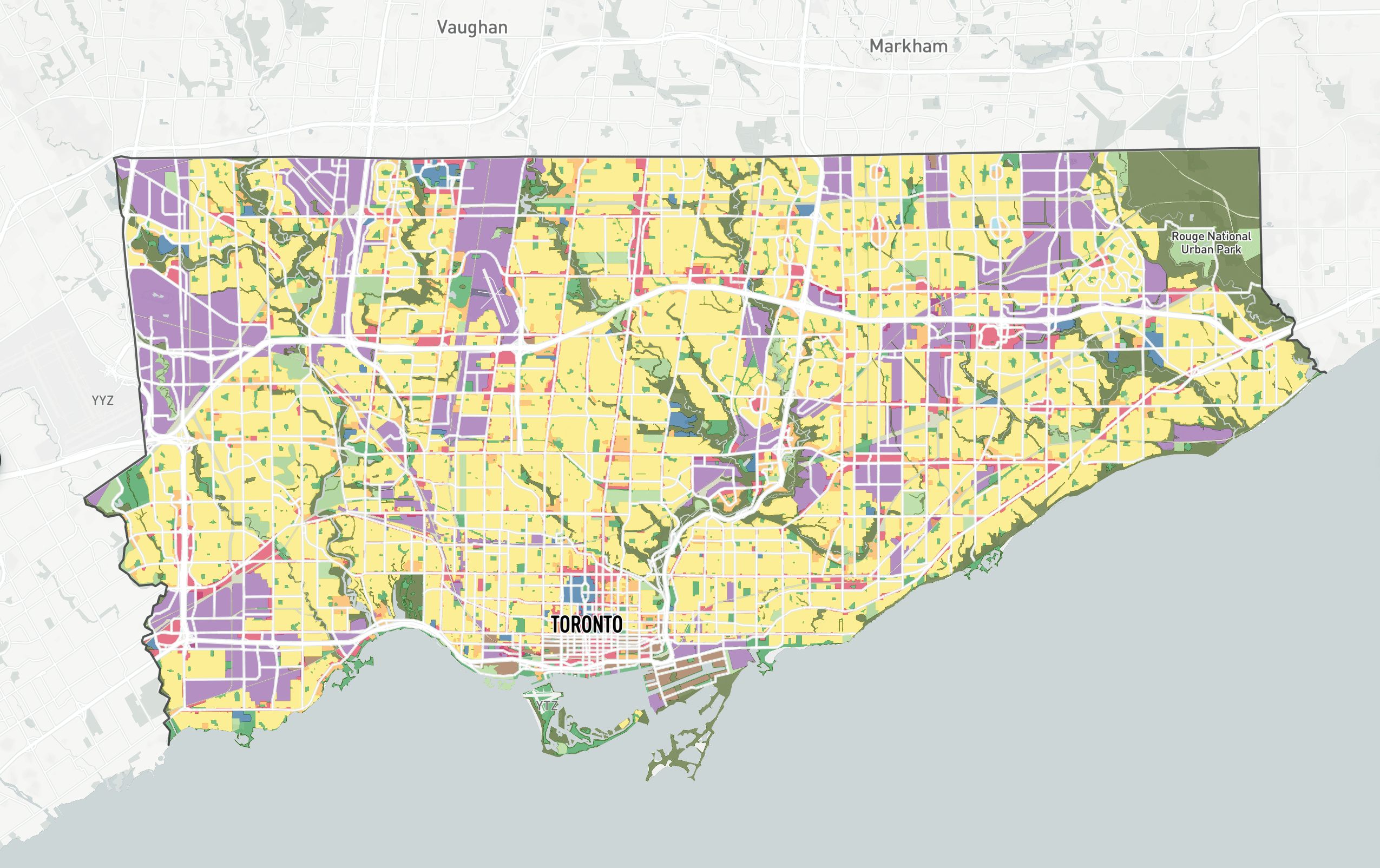 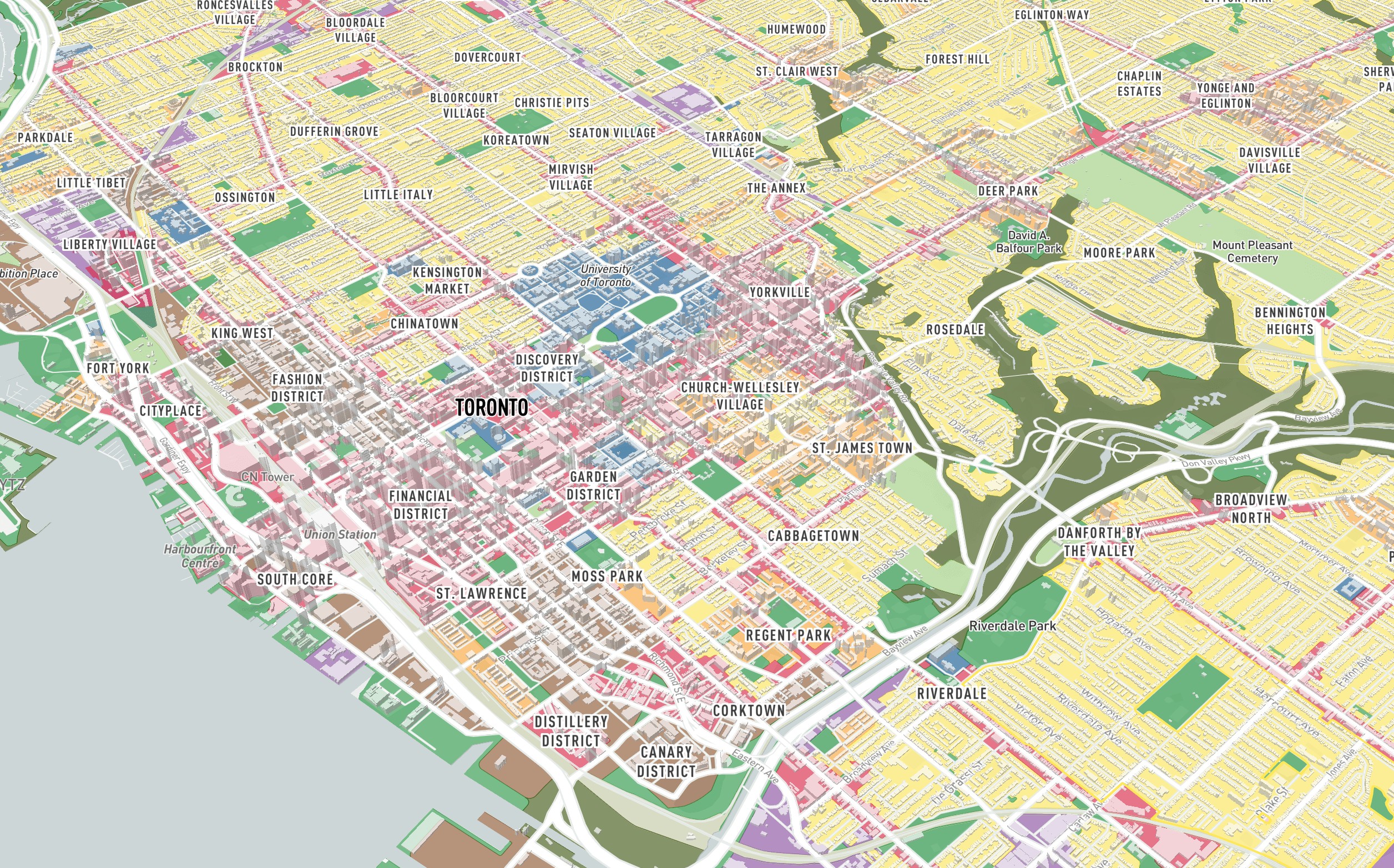 (Official Plan - Land Use and Avenues) 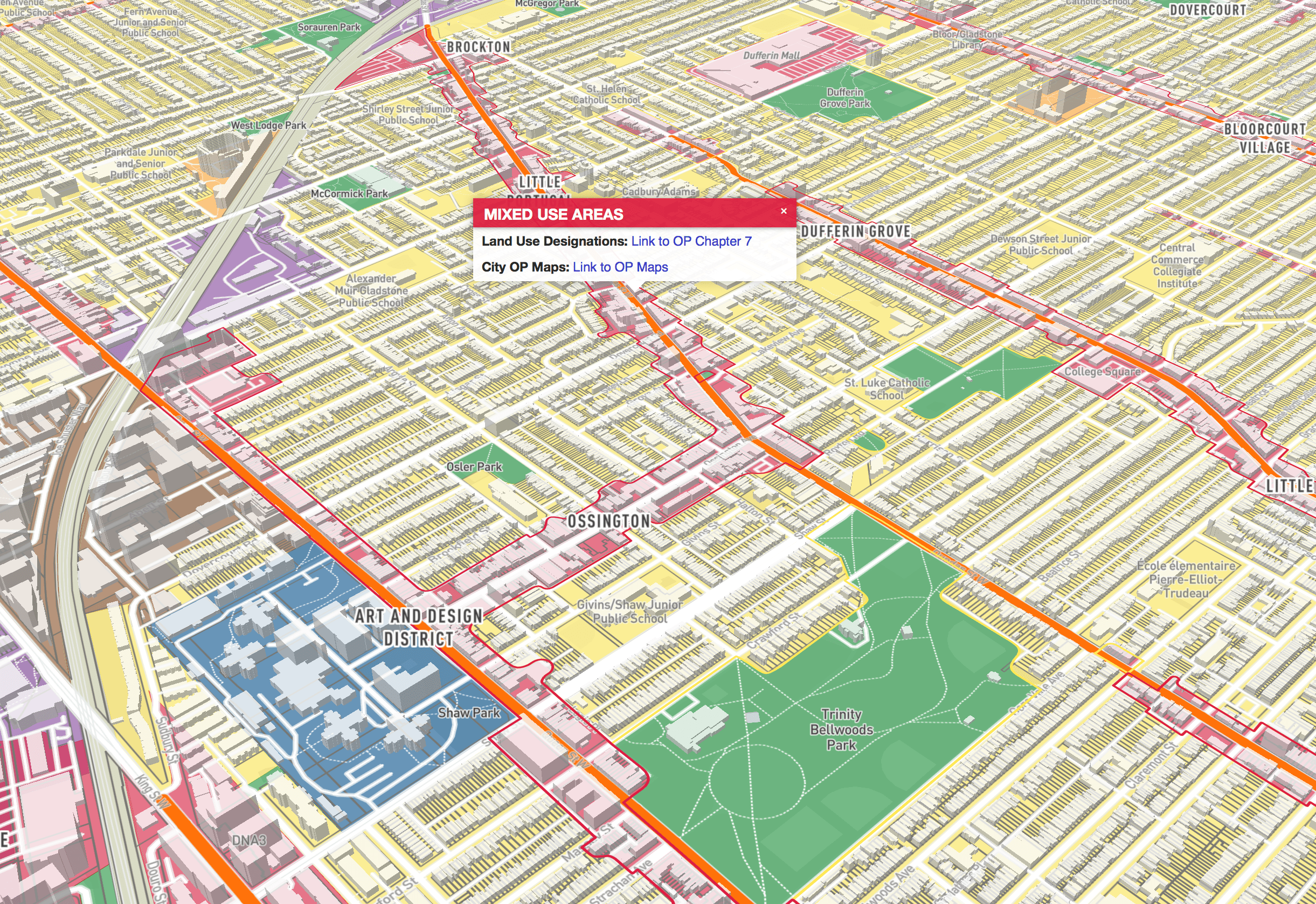 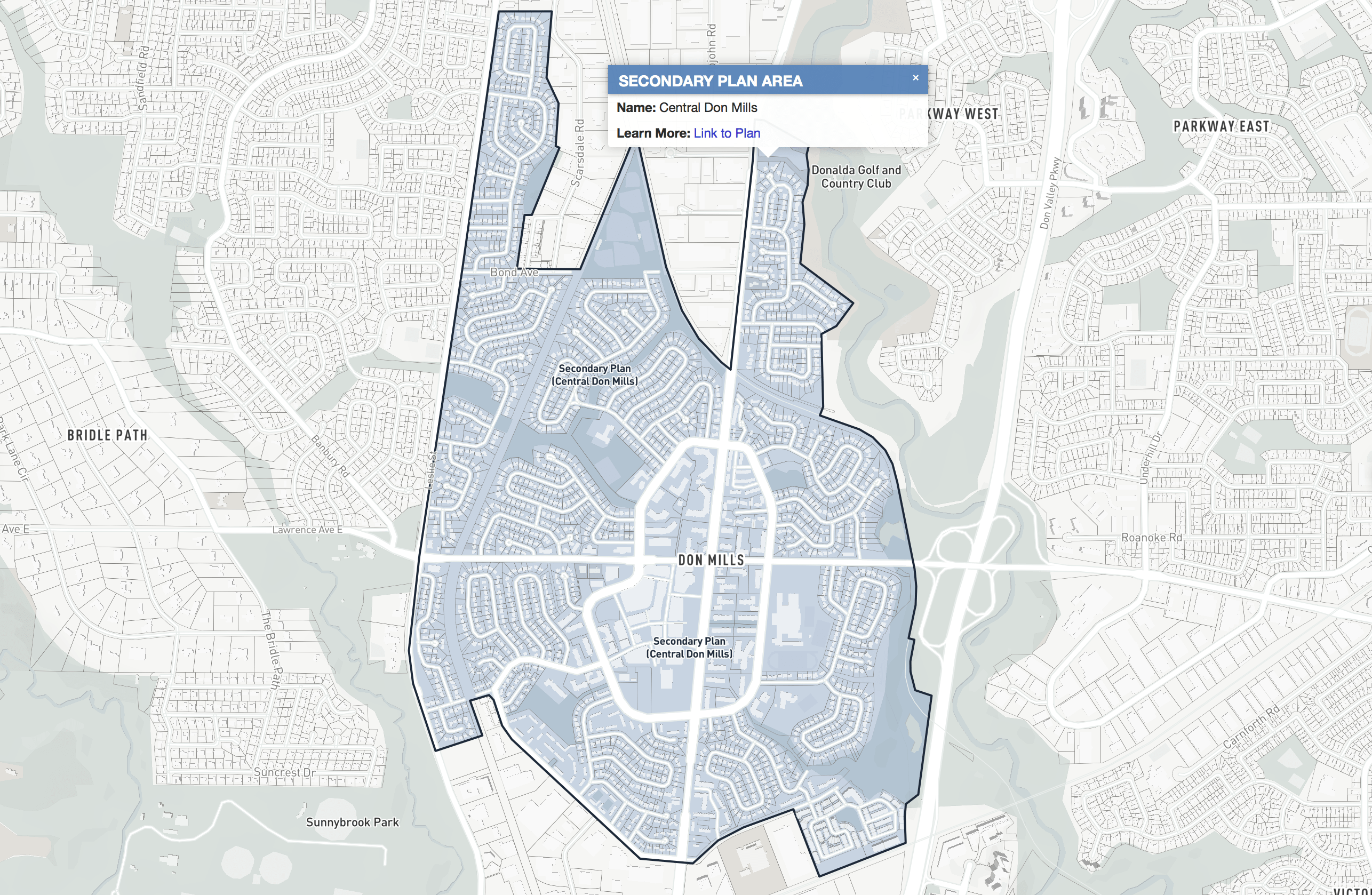 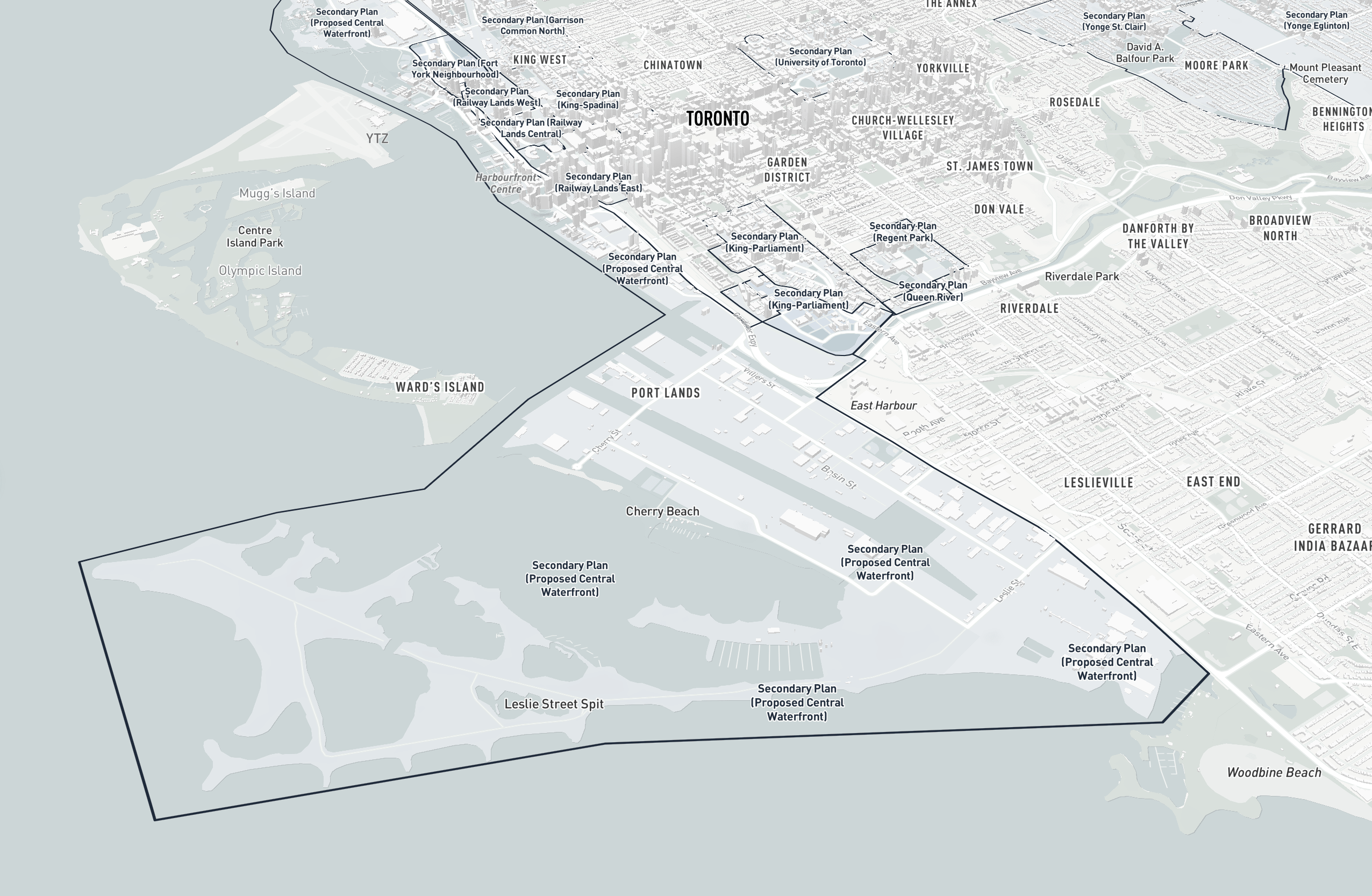 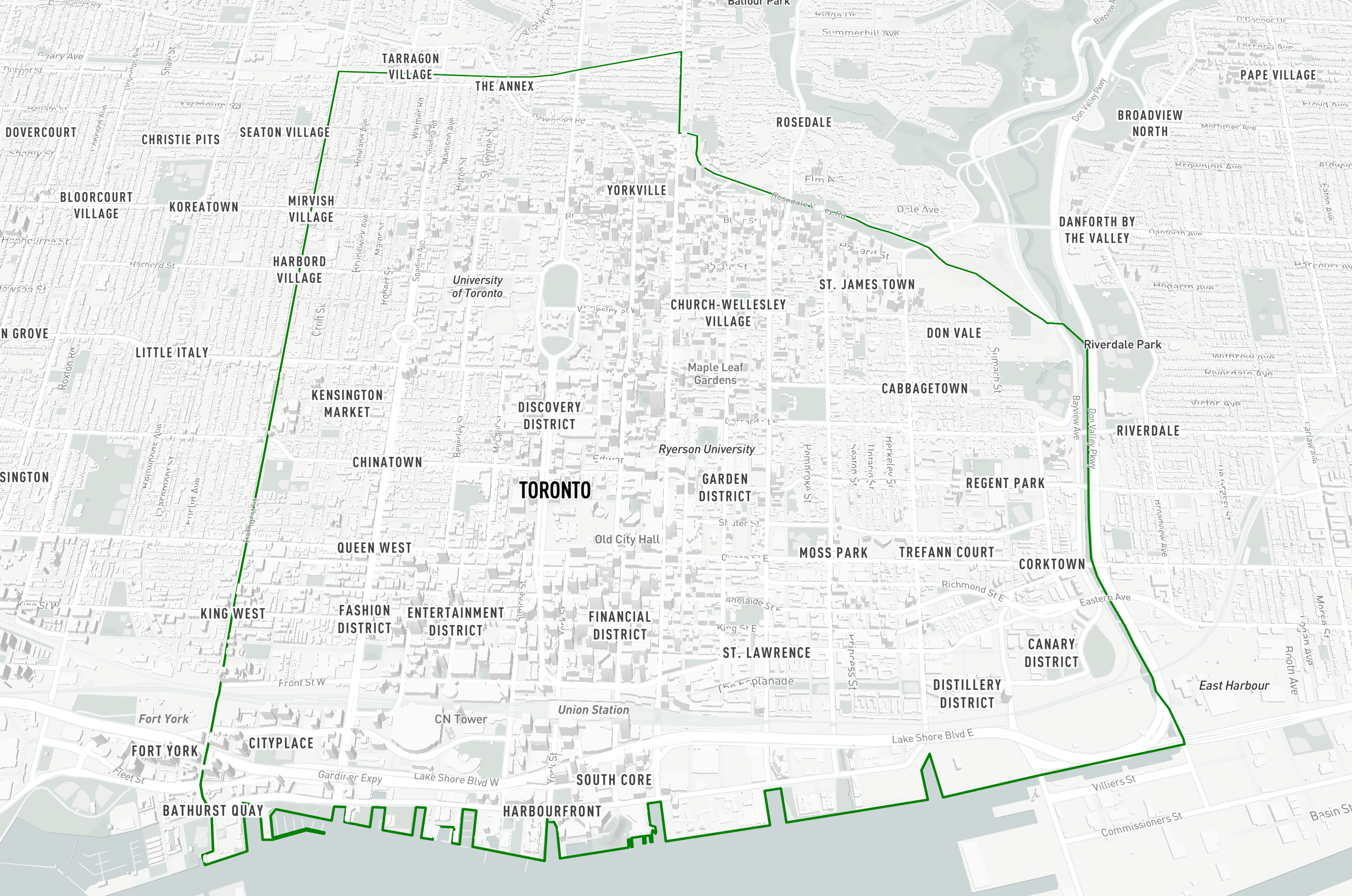 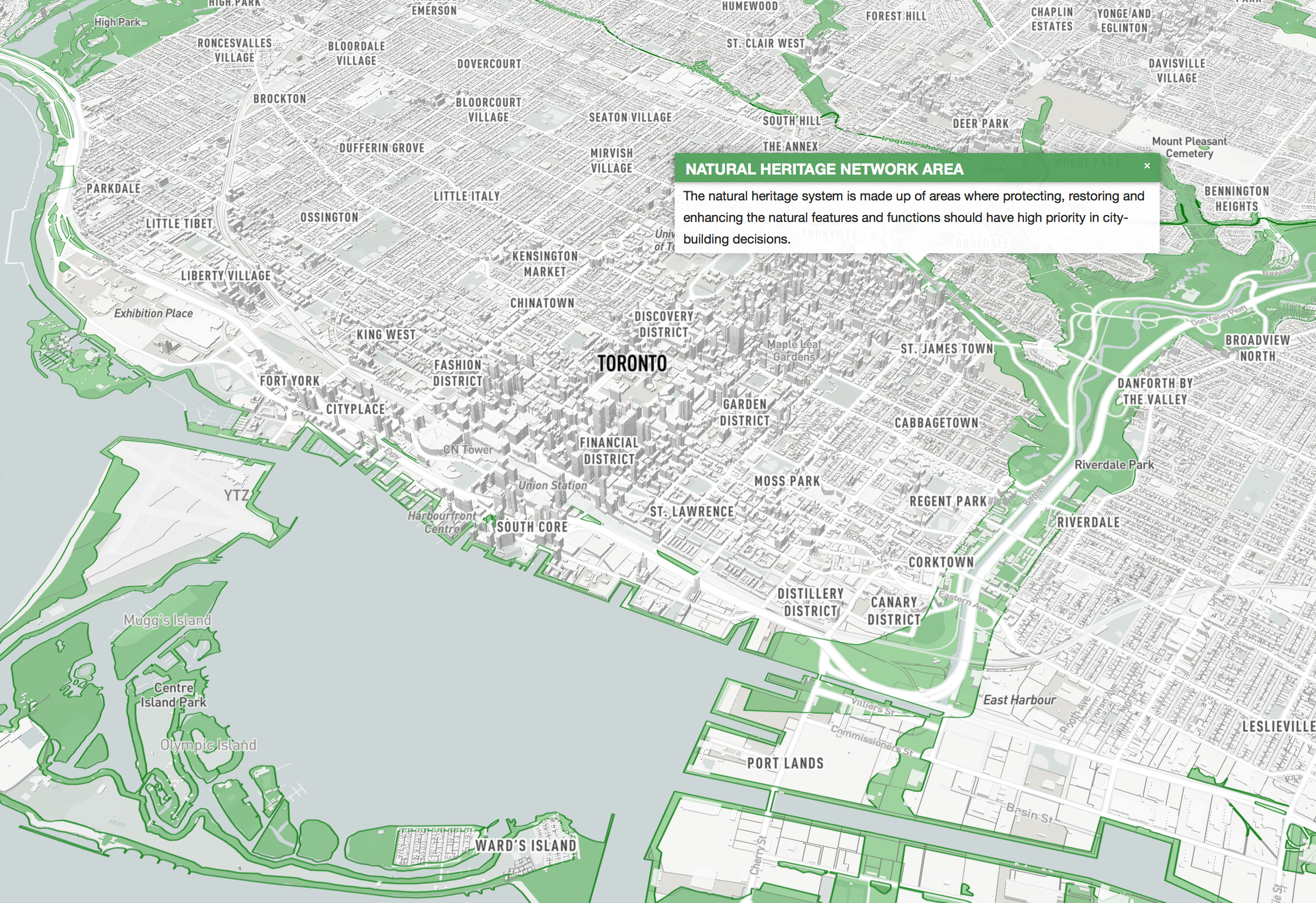 (Existing stations and lines presented in this map) 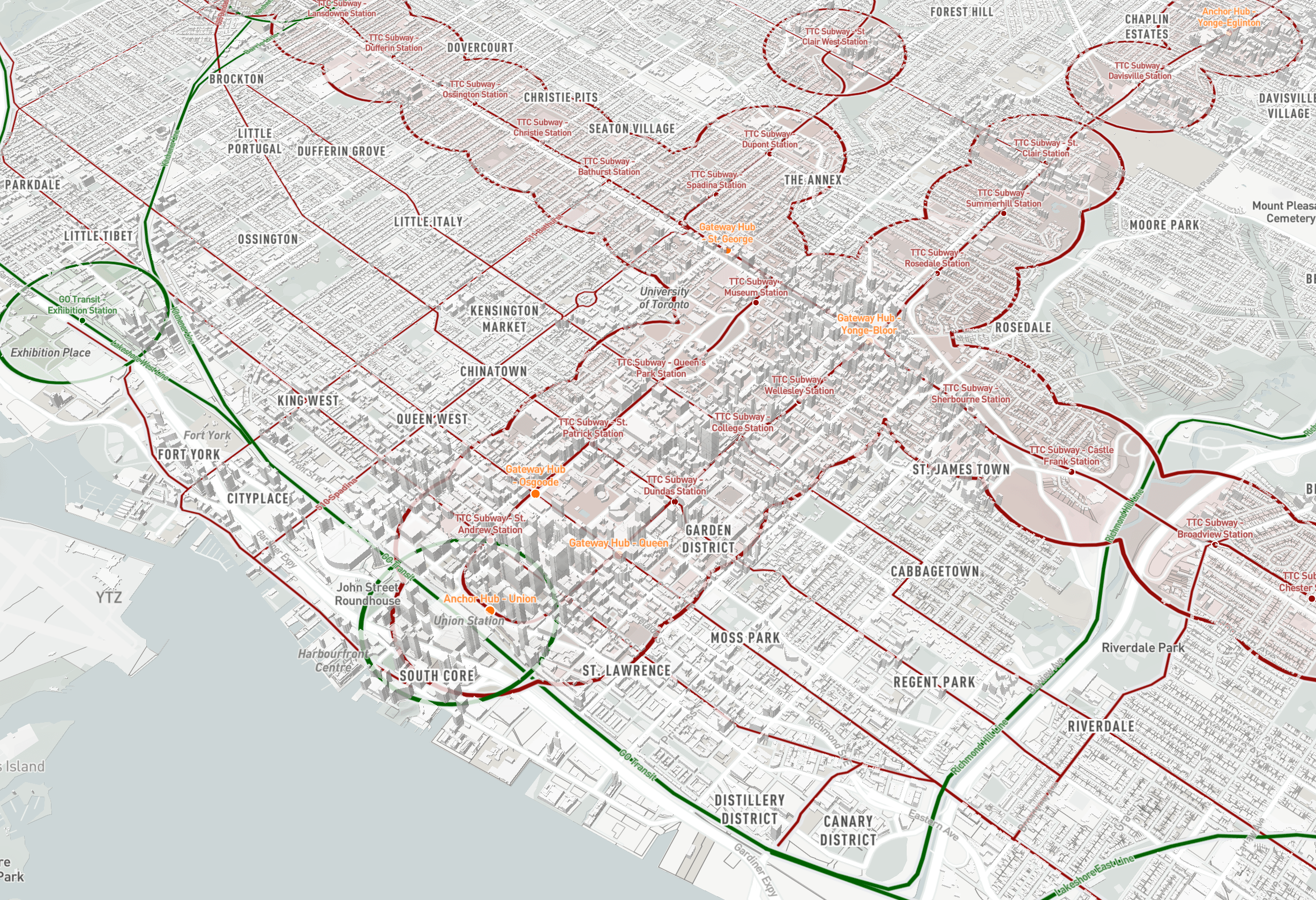 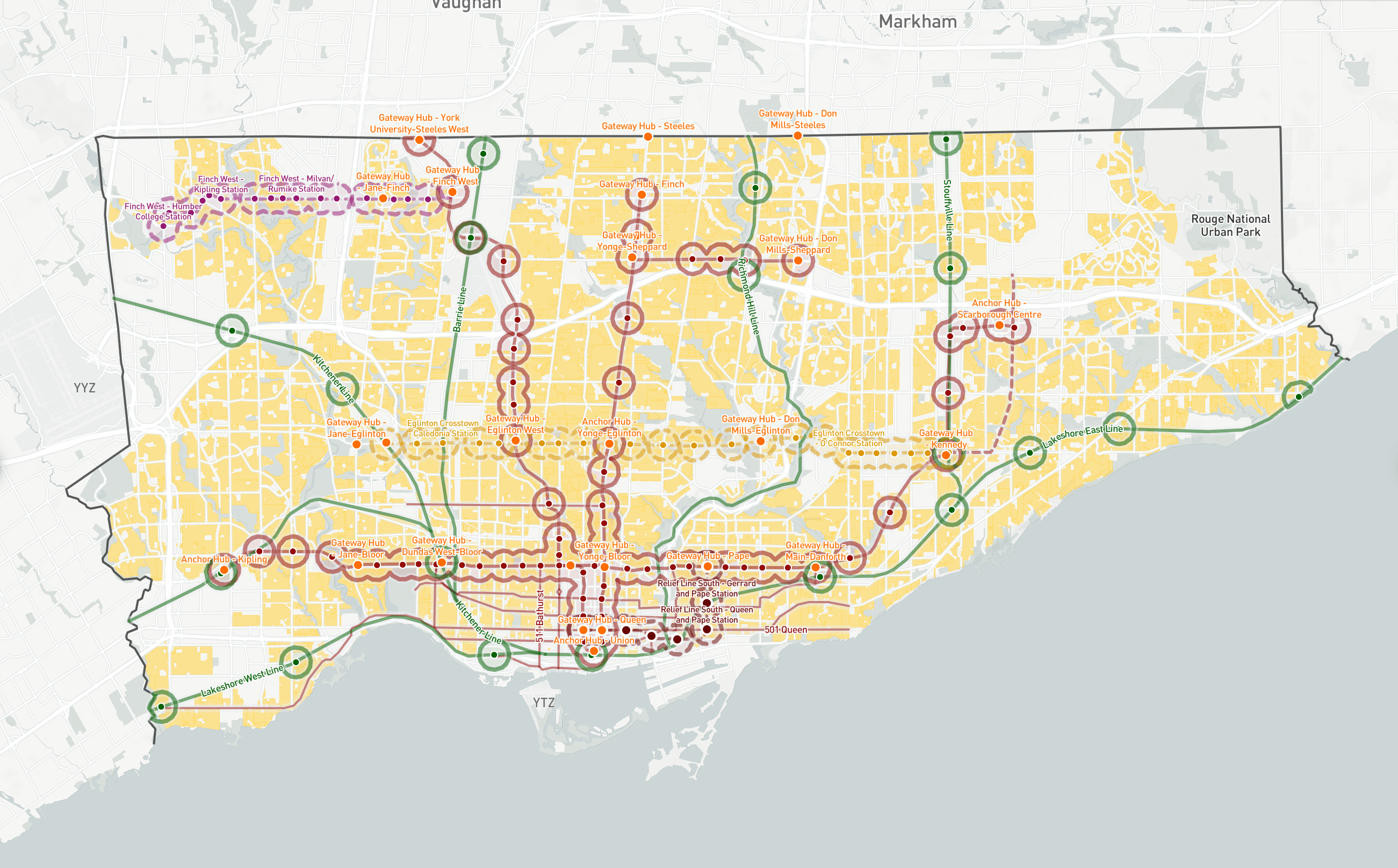 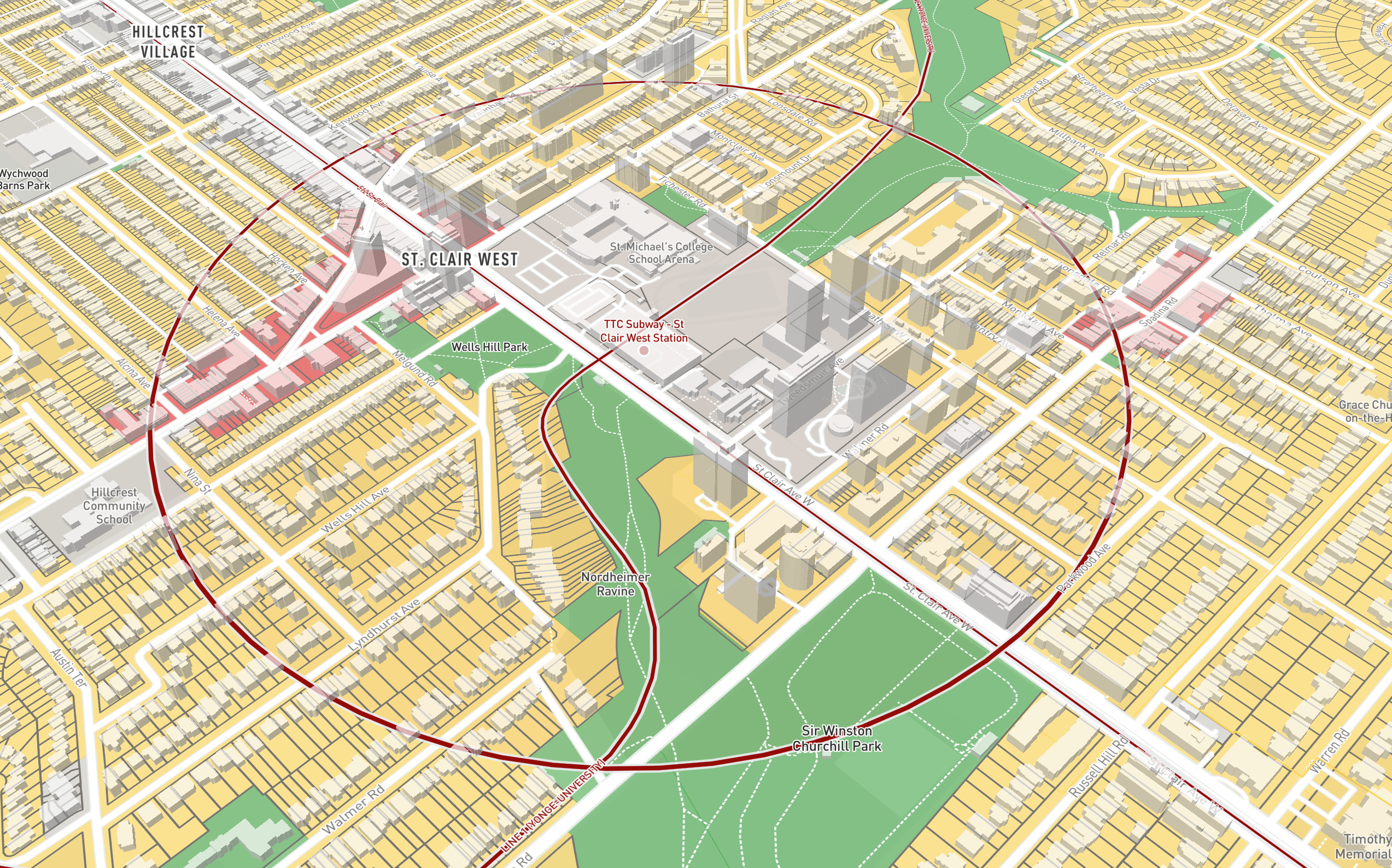 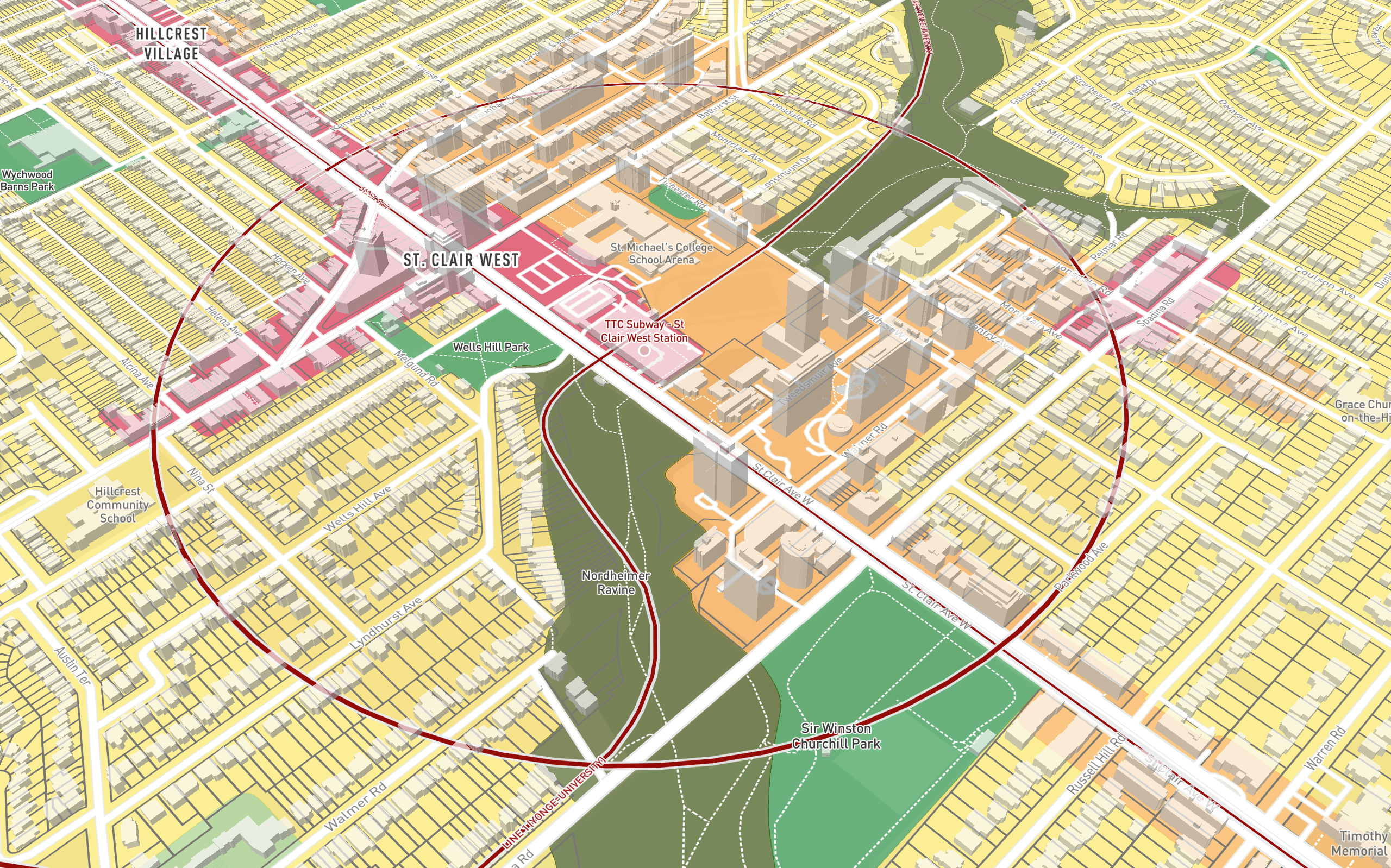 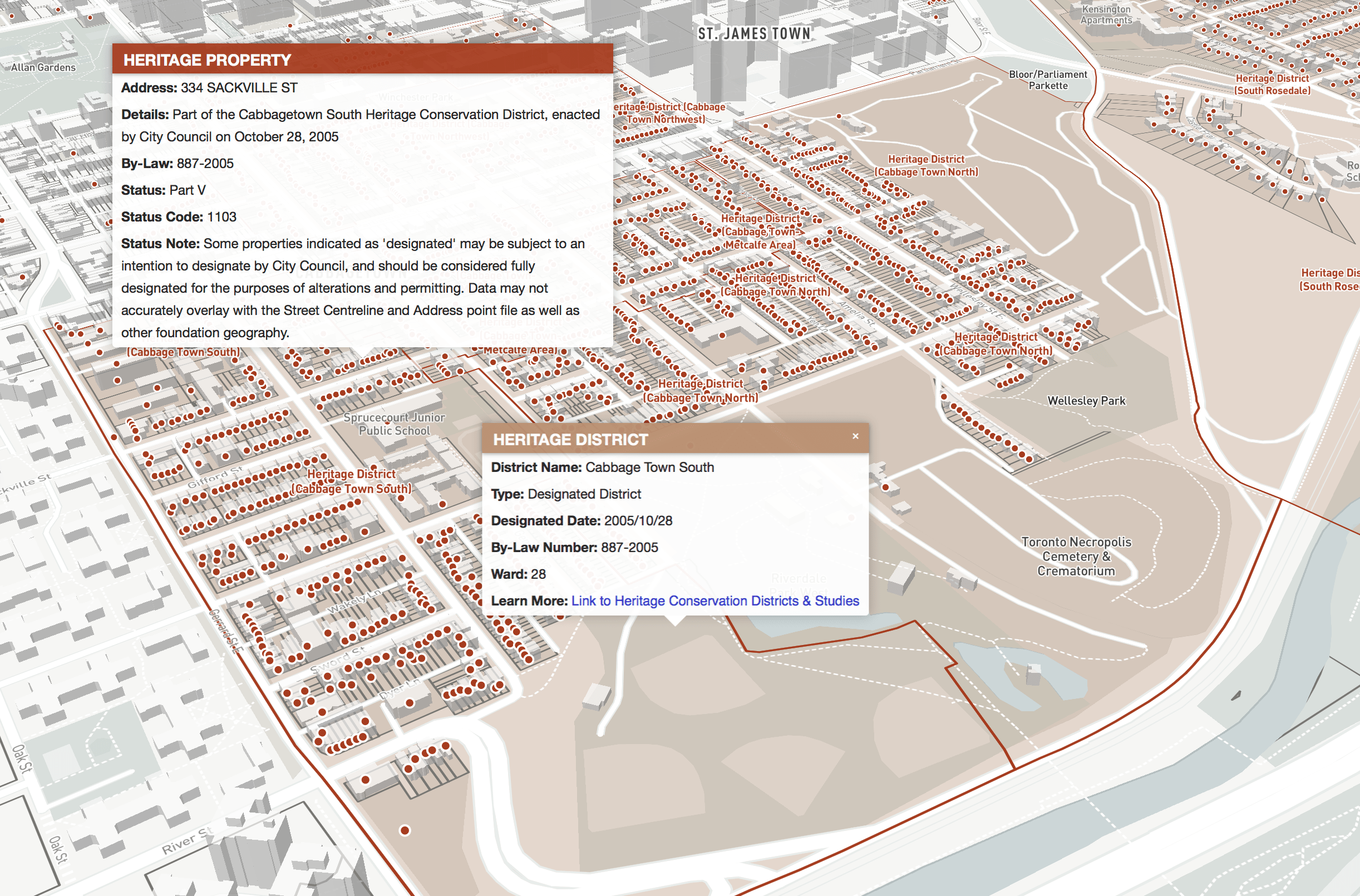 As we collected, cleaned and improved datasets, we were also making them easily searchable, with the intention to identify parcels of land throughout the city that match specific target criteria. Customized filters were based on zoning regulations, and existing use to be expanded to include other filters such as urban structure, physical characteristics such as size and currently lot coverage, and proximity to transit or by neighborhoods. 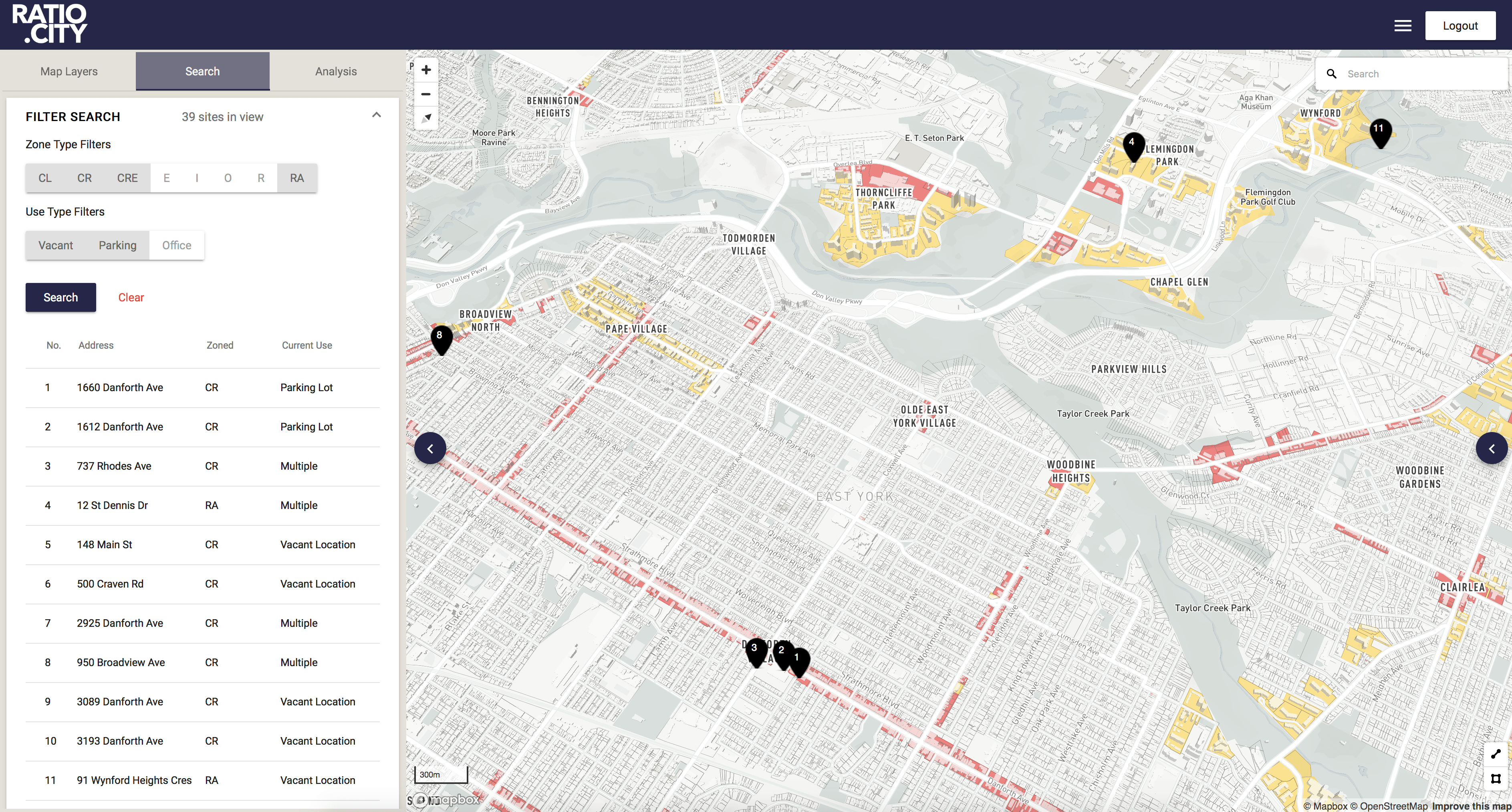 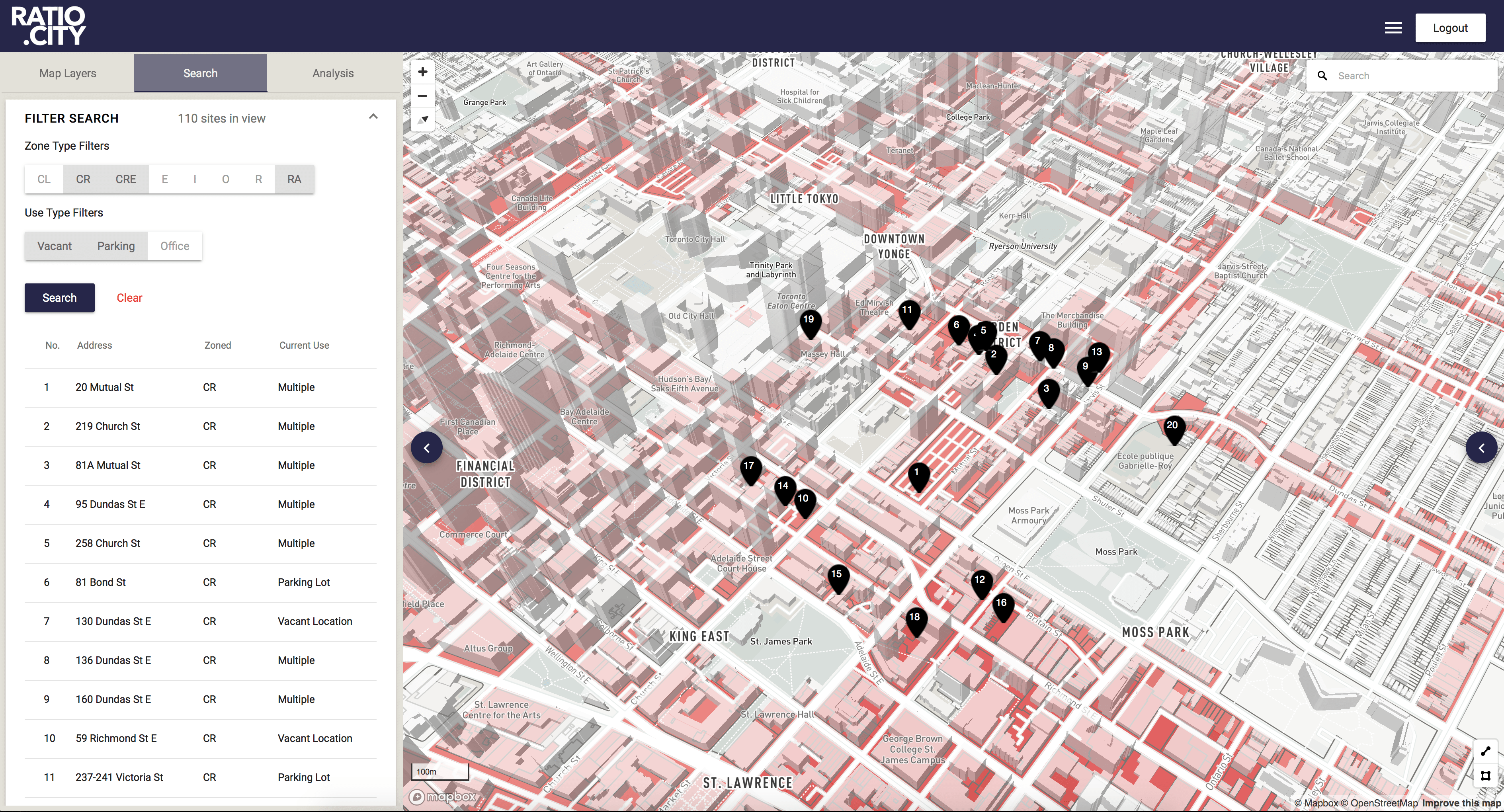 An early assumption was that it would be valuable to users to have various map layers in one location, however, we wanted to make it easy to look up which policy affects specific property parcels outside of popups. We added Site Summaries, providing instant summaries of policy intersecting multiple sites, along with other metrics and relevant site characteristics, with direct links to official documents. 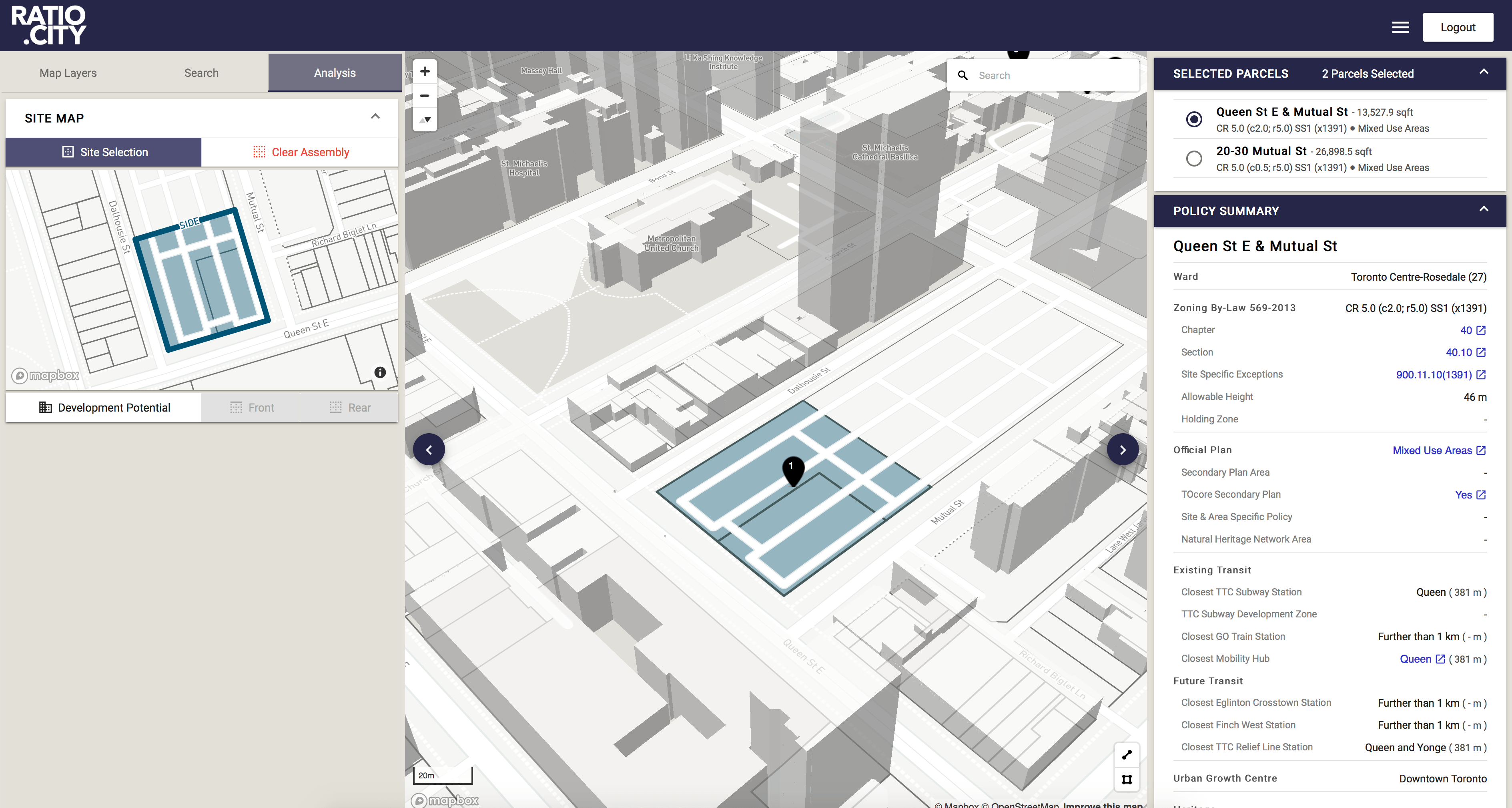 The first main functionality of the platform that was unique was the ability to explore development potential of a configuration of selected parcels. The first version allowed creating a single massing at a time. You can generate realistic 3D building massing proposals instantly with summary stats, determine land value, and generate shadow studies with built in tests checking to warn you new net shadows touch parks.

Instant site analysis and 3D built form evaluation were successful in providing quick information of various building massing options based on Municipal Guidelines and regulations and customize based on your target niche, pro forma requirements and neighborhood precedents. 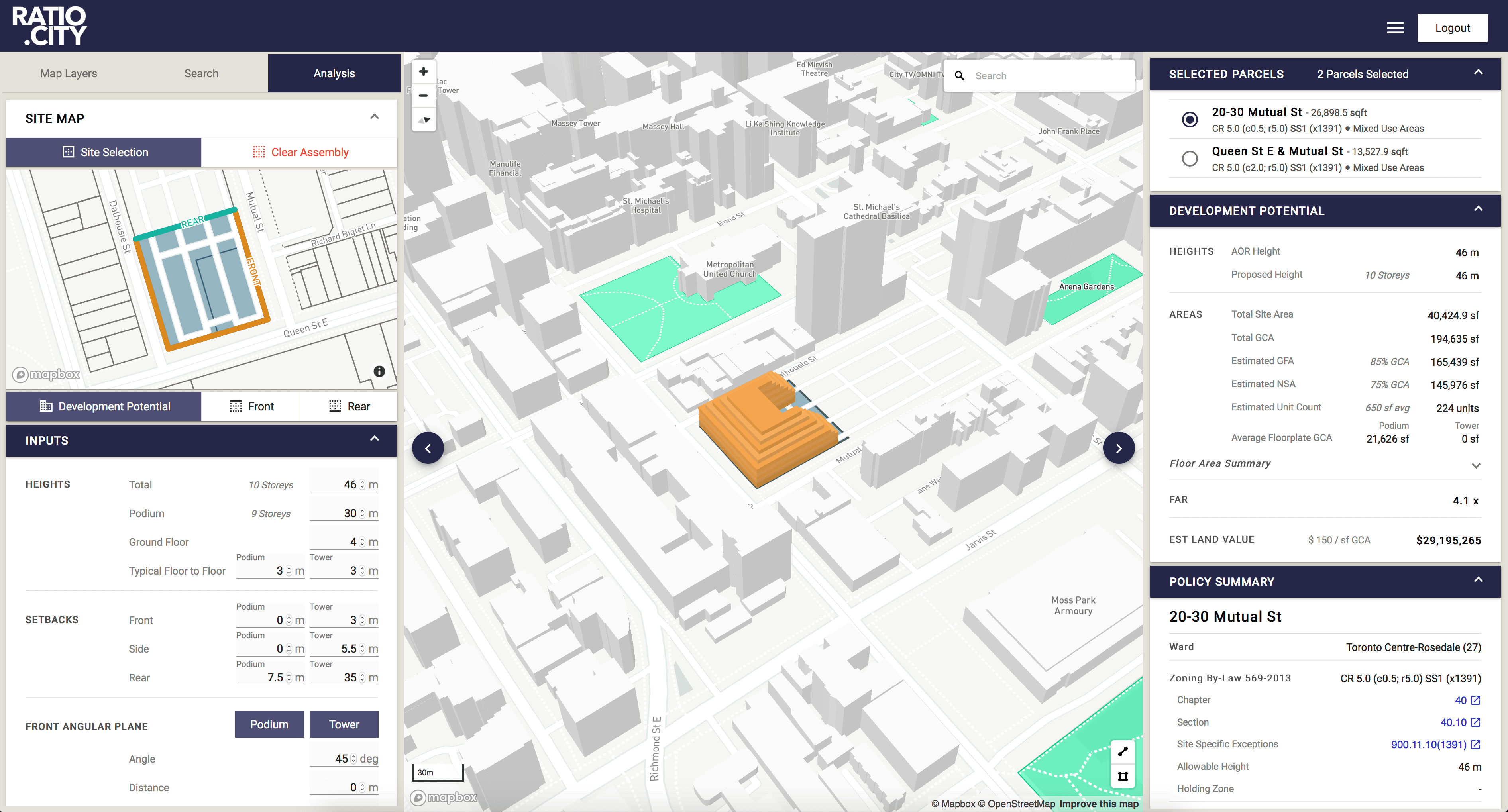 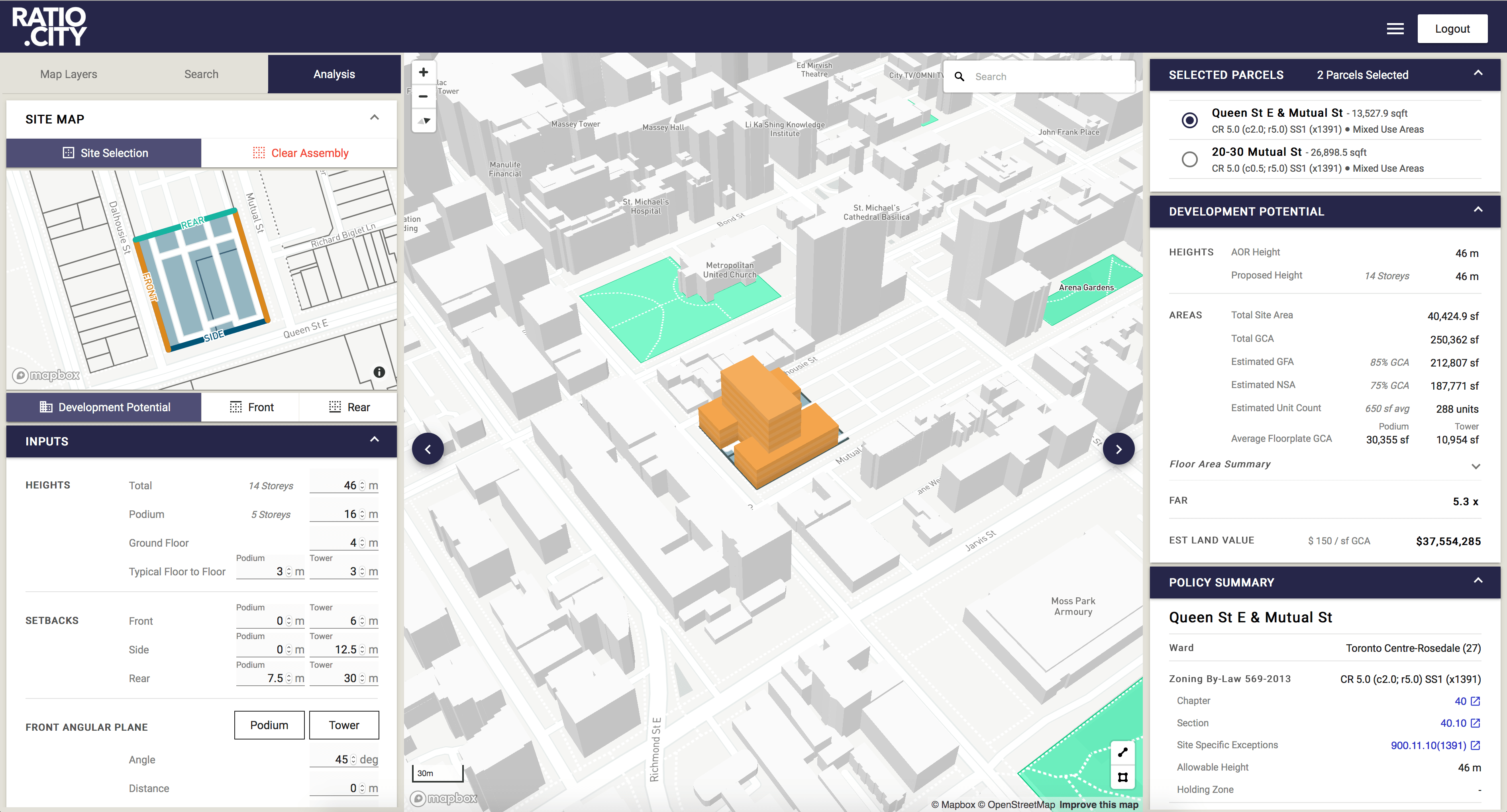 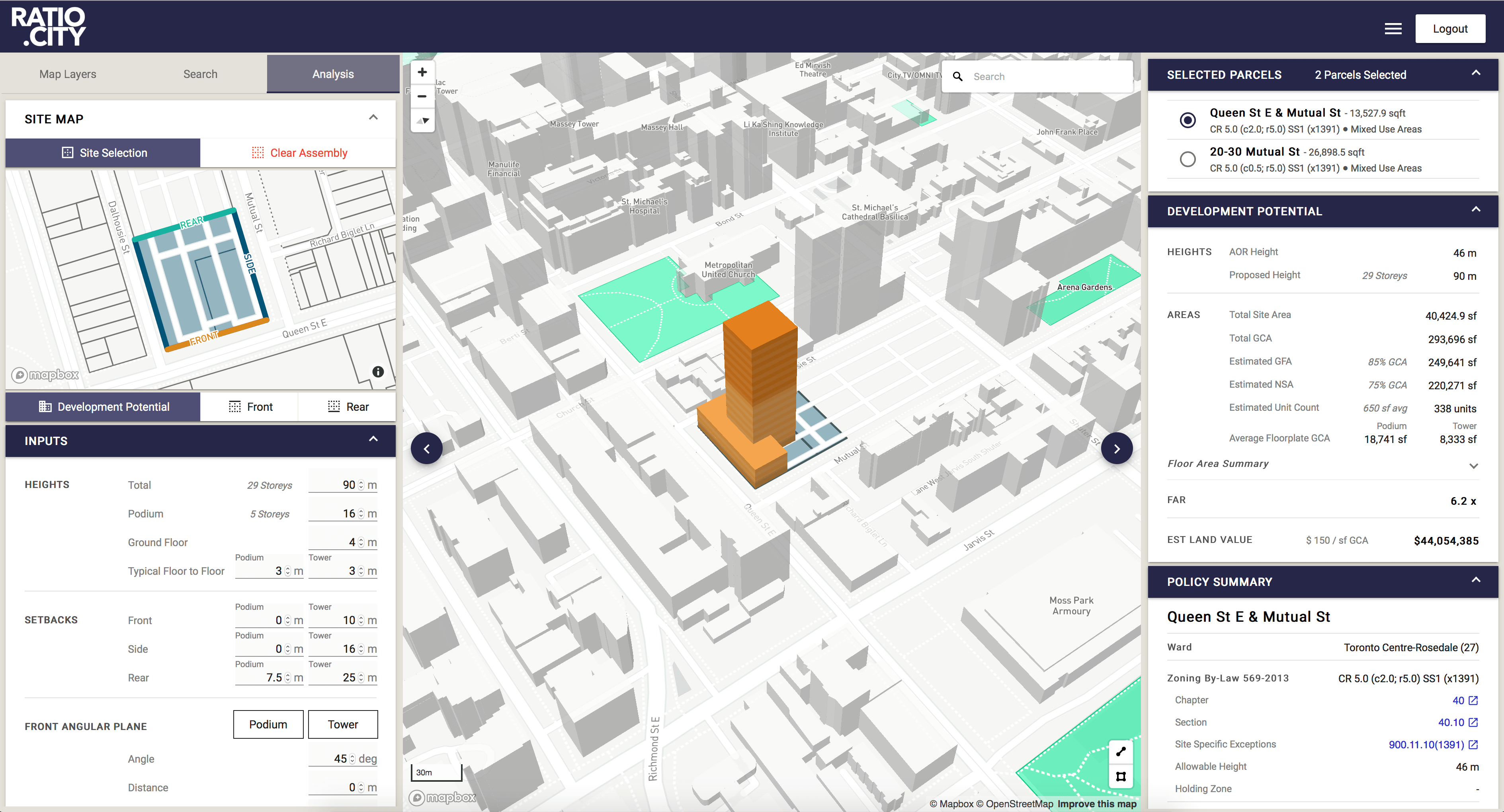 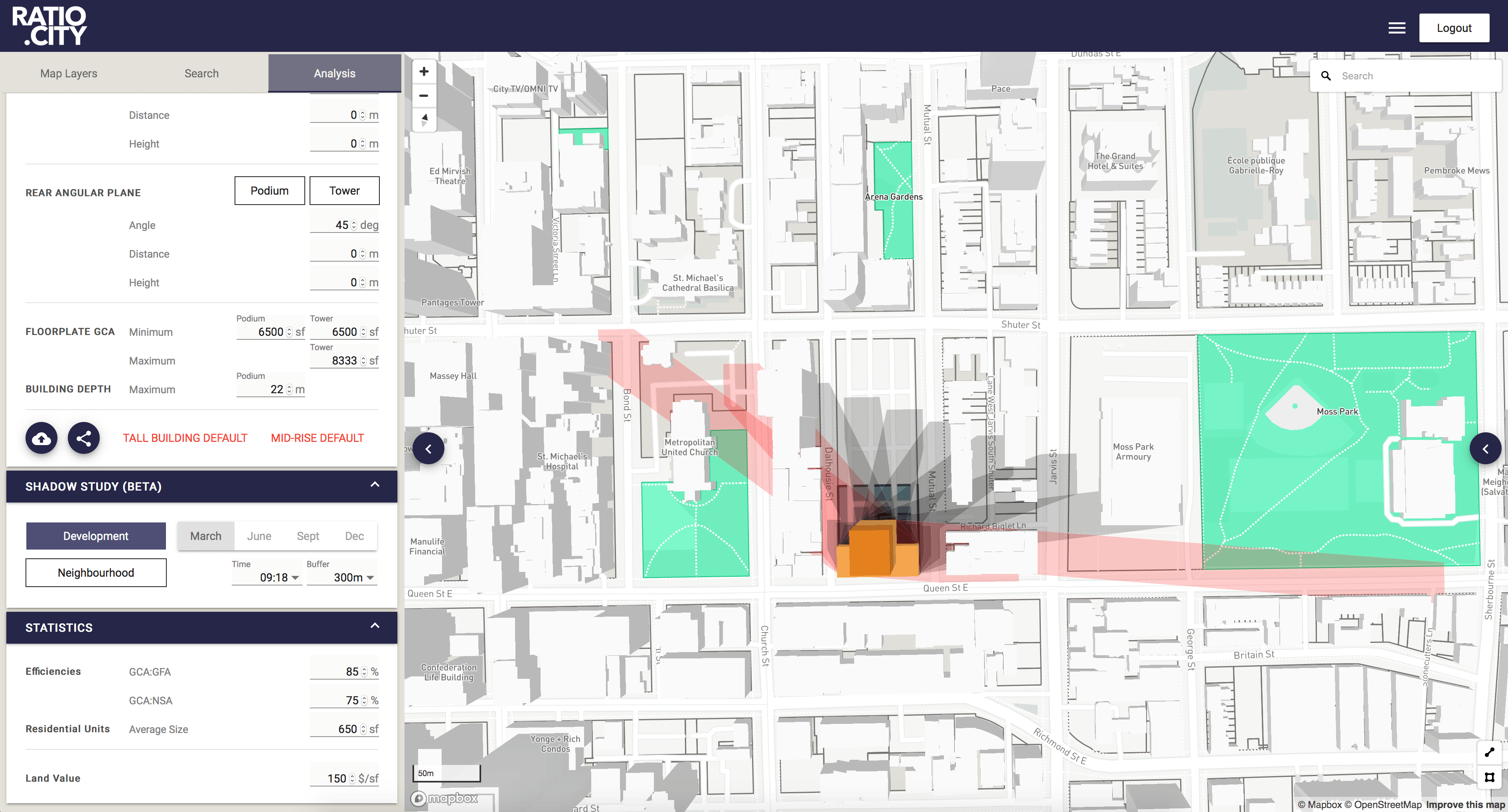 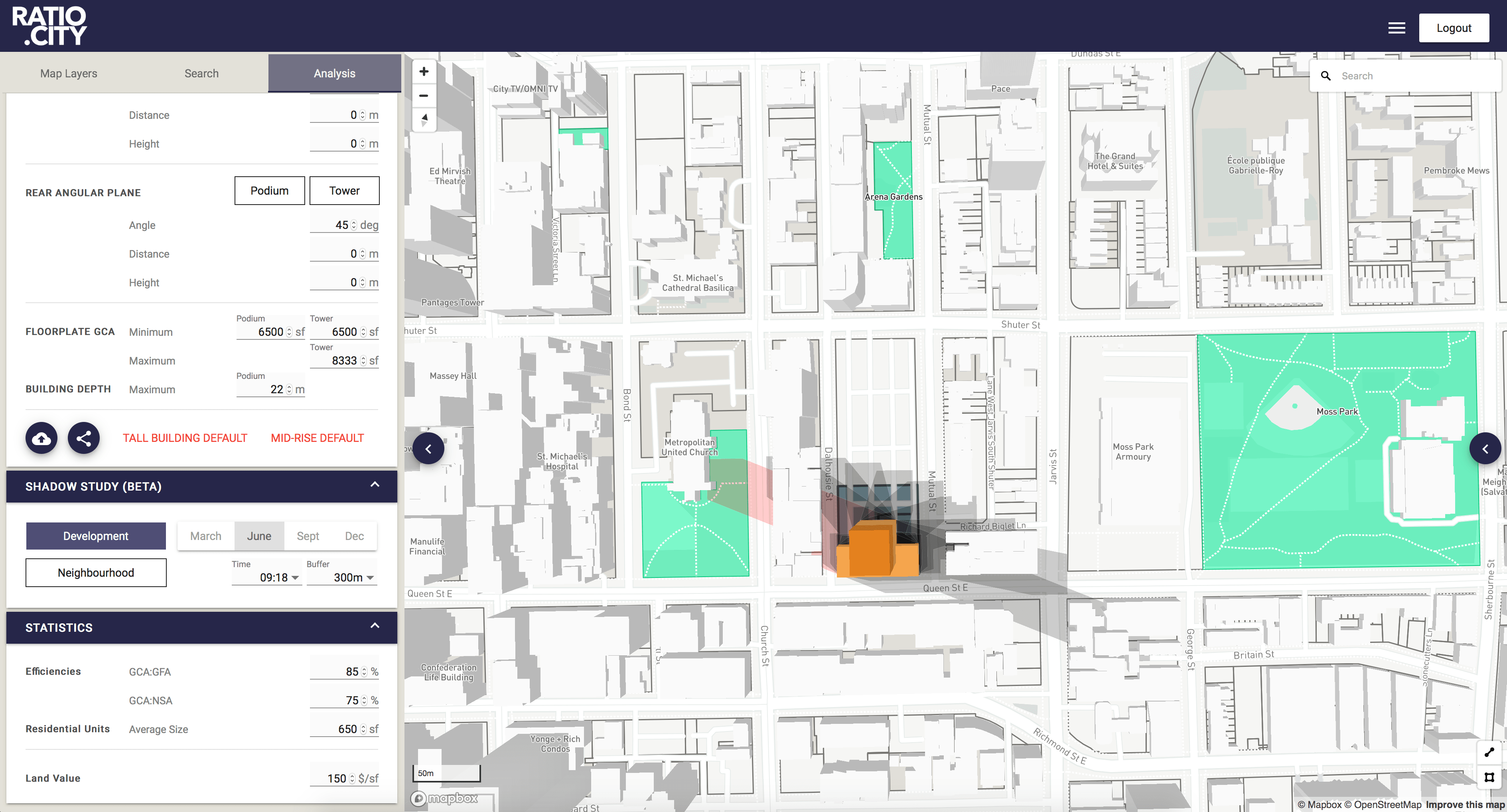 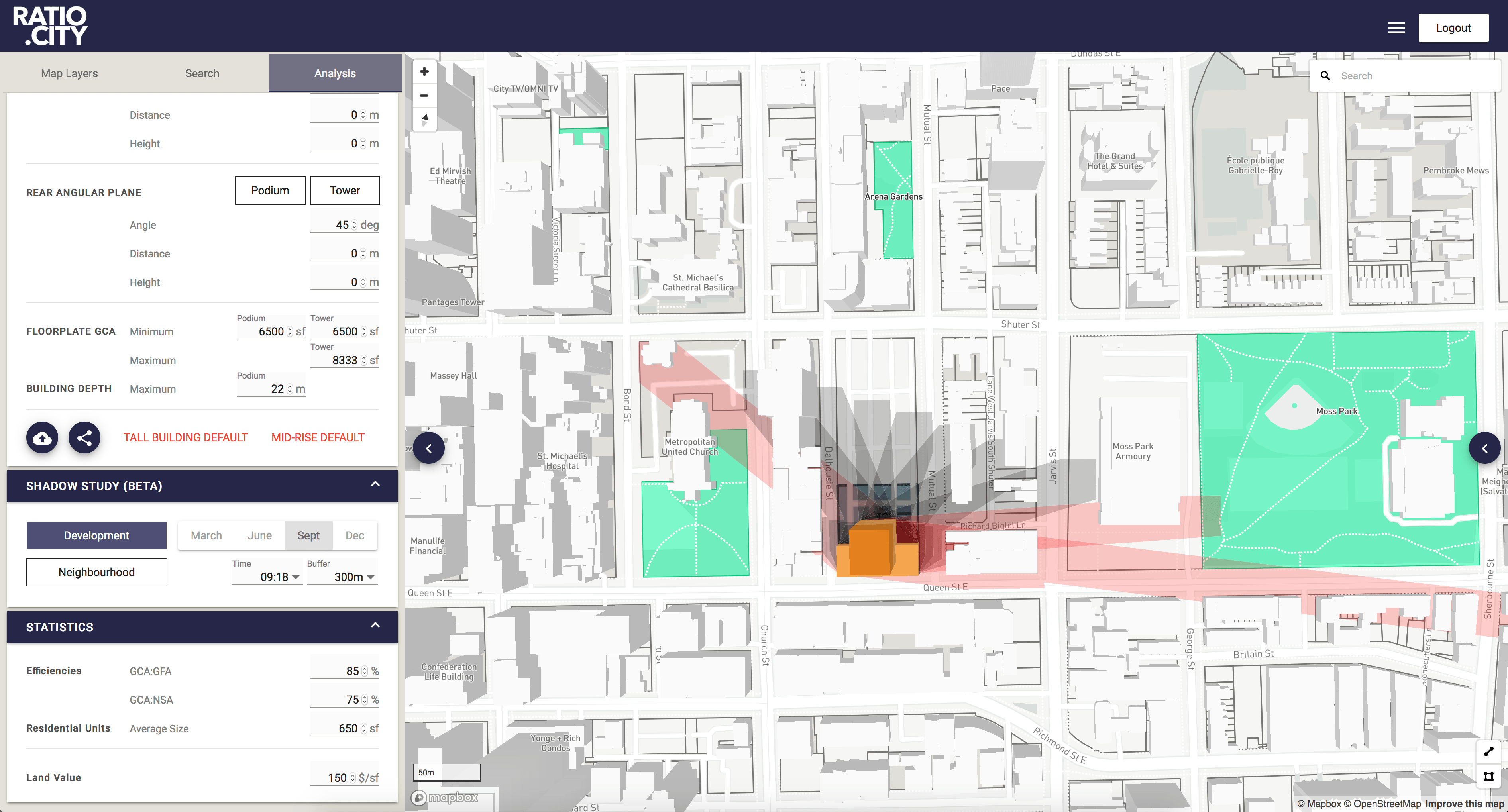 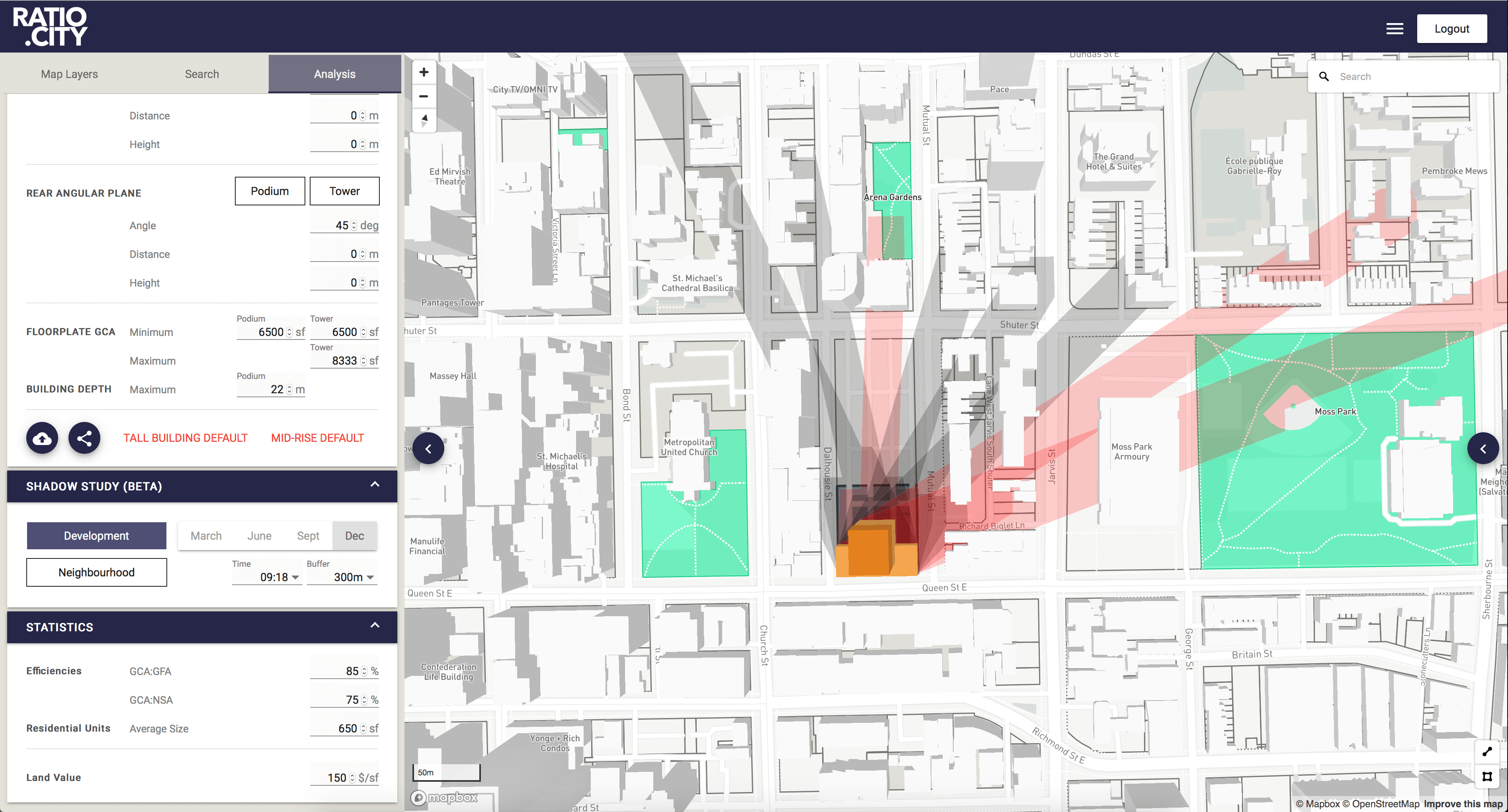